We see 100’s of beggar’s on streets everyday but what if one of them came up to you and spoke english ? English speaking beggar is not surprising, but how would you rect if you see a beggar owning a iPhone 6 worth 65,000 Rs but asks you to recharge his phone, lol this is crazy. 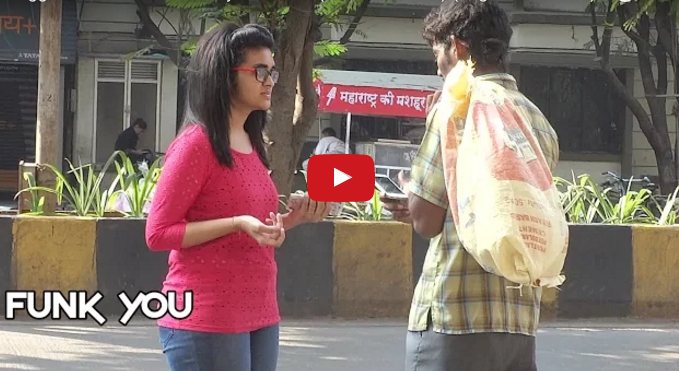 The same thing happened with people when they had a conversation with this beggar and how they reacted to this prank is something you cannot afford to loose, it is a must watch.

People actually thought that this beggar might have stolen the phone and they were trying to trick the beggar and buy the phone at a cheap rate. The beggar acted smart and how he handled this situation is very hilarious !