Travelers were stuck for almost up-to 5 days  in a 50 lane highway. More than 400 police officers were called to keep a watch on the travelers where cars were jammed across the Beijing–Hong Kong–Macau Expressway. The travelers were returning to Beijing  from holidays.

The photo below just blows your mind as one cannot even imagine such kind of madness happening across the globe.

This much traffic was expected as the National Day Celebrations were taking place and when the travelers were returning back witnessing such type of havoc kind just make one absurd. 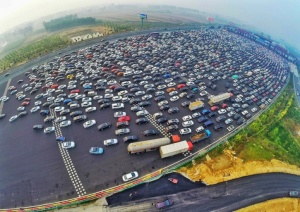 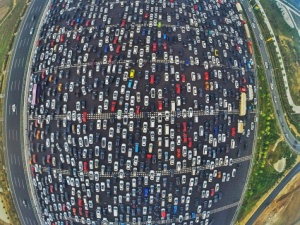 The jam was caused due to the aftereffect of a newly elevated checkpoint, which led to the traffic compressing into a 20-lane.

Almost 750 million were stuck between 1st – 7th October so with the situation arising its aftereffects had to be bared.

What if such scenes were witnessed in India? One can easily guess the consequences LOL