Way back in September 2014,  TOI Entertainment brought out news which they thought was appropriate, which being Deepika’s Padukone cleavage. When the actress took the matter into her own hands she created responded fiercely and the whole team of Bollywood was their to support the actresses response. Clearly shows how low TOI can go for content and creating misogynistic journalism. 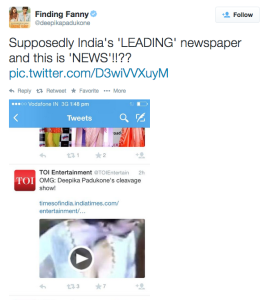 And once again TOI has done it. In a straightforward interview with Bombay Times, Deepika was open to the newspaper about her relationship with Ranveer Singh, saying that she feels comfortable with him when he is around. 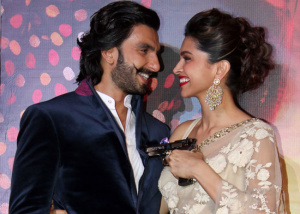 “I can be so naked in front of Ranveer…and I know he will never hurt me or take me for granted”, she said. She said with him, she could bare her soul and still be at ease.

But of course, TOI had to twist things and to give the whole news a big hype which goes down to sexual objectification. Here is the headline which they gave: 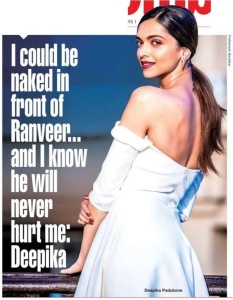