by Anupam Chaturvedi 2 years ago2 years ago
13.3kviews
75

India is a land of Gangsters! Pick up the history of any region and you will find a well-known gangster and story of his glory. The present article is Rangbaaz Phirse Review exclusively for our fans. Rangbaaz, the well known Crime Thriller series is back again on ZEE5 with the story of another gangster, this time from the land of Rajasthan.

Rangbaaz Phirse is a story of Anand Pal Singh, a young guy who became a gangster while wishing to become an IPS Officer. Through this story, you will understand, that no one is born a criminal. But the circumstances around them force them to become a criminal. With lots of ups and downs in his life, this story is having an unexpected end that might leave you surprised! 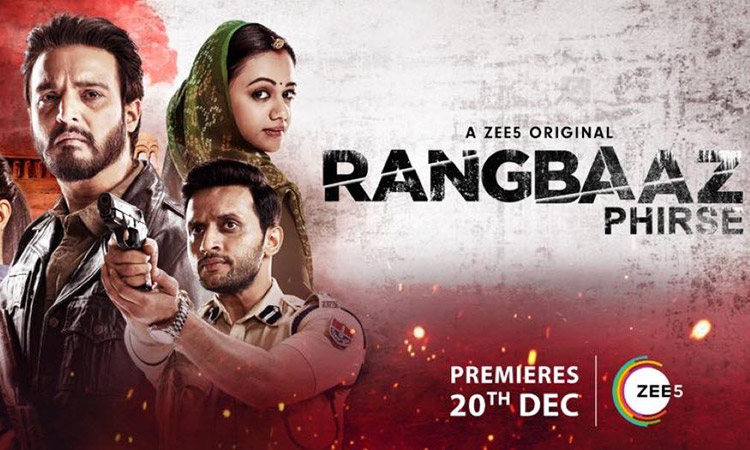 Here is the Rangbaaz Phirse Review, for the second season that will make you stick to the show!

If you have watched season 1 of Rangbaaz, you might be familiar with the storyline and theme of this show. Anand Pal Singh is from the land of Royals, Rajasthan. Like every youth, even he was carrying a lot of dreams in his eyes. His wish was to become an IPS Officer. While serving the people was in his blood, he unintendedly participated in the district politics which led him on the path of crime.

In the series, Jimmy Sheirgill is playing the role of Anand Pal Singh. During college days, he was a topper. Every guy in the country is concerned about the conditions of the country. Even Anand was worried about the political and cultural situation of the state. 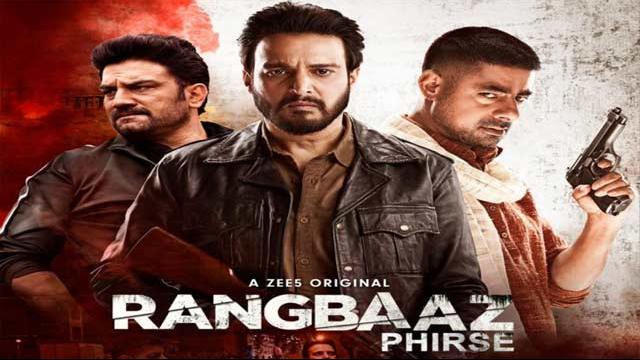 Even though he was having a lot of power and success after winning the election, he never forgot his dream. He was always into serving the students and preparing for UPSC Exams. However, because of his involvement in politics, his dream of becoming an IPS officer was never fulfilled!

The issue of Casteism and dirty political games, Anand built a long criminal record on his name. Once a bright name in the college, Anand Pal Singh soon became the darkest name in the entire state of Rajasthan. While the state of Rajasthan is well-known for the caste differences, Anand built a gang along with a Jatt, Jairam Godara. Sushant Singh is performing the role of Jairam in the series. 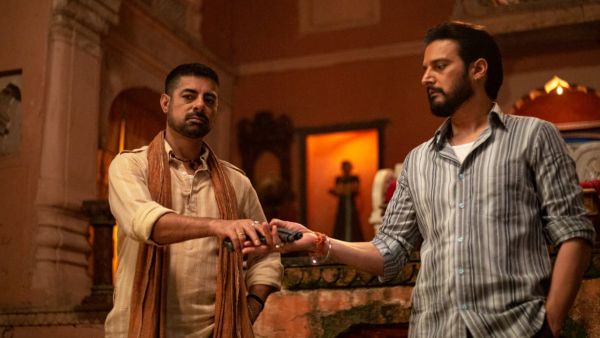 He always used to treat Jairam as his own brother. Even his gang was open for all castes. Anand never cared about the caste differences. But very soon, even he was targetted for his caste! And this is where the game of his crime begins.

By the year 2013, the terror of Anand Pal Singh was at heights in the entire Rajasthan. He was single-handedly capable of disrupting all the public, politicians as well as police. Although the character of Jimmy Sheirgill is of a Gangster, it is tough to imagine him as one.

Anand Pal Singh was a criminal but was a staunch follower of principles and beliefs. His entire transformation from an innocent college student to a criminal is worth watching. Anand’s catchphrase, “Sabki Samadhi Yahi Banegi” is something that is getting viral amongst the youth.

Among the other star cast of the show, there are other well-known faces in the show. Gul Panag will appear directly in the third episode. Sharad Kelkar is playing the role of Raja Phogat, another pivotal element of the show. Raja Phogat is playing a negative role, who is responsible for Anand becoming a criminal. Even Zeeshan Ayyub is in the show, playing the important role of Sanjay Singh Meena, a corrupt police officer.

While you Watch Rangbaaz Phirse Review Online, you must also understand the struggle the entire team has taken for the show. The shooting of the show was done in wet weather. It was tough for the producers to recreate the set of Rajasthan, in Bhopal during the rainy season.

Another noteworthy thing about the series is that Jimmy Sheirgill is performing the lead role in a web series for the first time. All the stars of Rangbaaz Phirse learned Rajasthani dialect for the show.

The bottom line is, it is a very promising show. If you are into watching the life of gangsters, this is one of its kind series you must not miss!