Lord Ganesha is the most worshipped God by Hindus and Ganesh Chaturthi is one of the most celebrated festivals in Mumbai.  Today we have a list of Famous Ganesh Mandals In Mumbai, The whole city celebrates this festival which is of 10 days. The idol of Lord Ganesha is brought in Mandals and worshipped. Even individual families also bring Ganesha idols to home and worship them and the idols are immersed in the sea on the final day. Mandals collect money in form of donation from society members and families to decorate the Ganesh idols and distribute Prasad.

There are thousands of mandals which organise Ganesh Utsav and all this Mandals have huge queues to get the glimpse of Ganesha Idol. Today we have the list of top and famous Ganesh Mandals in Mumbai which is a must visit if you worship Lord Ganesha. 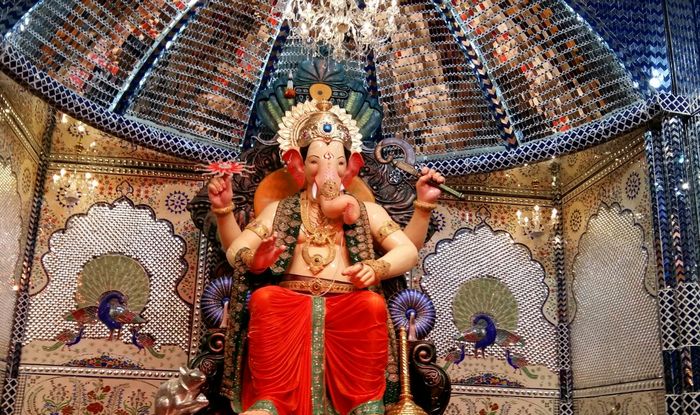 Lalbaugcha Raja is the most famous, most visited and a must visit among all the mandals in Mumbai. It has approximately 1.5 million visitors everyday and Lalbaugcha Raja is an 8 decade old Ganesha mandal. There are 2 queues in this mandal, One of Mannat ( for people who’s wishes got fulfilled) which has waiting queue of 20 hours and the second one is mukh darshan whose waiting for the queue is around 3 hours. This mandal collects the highest donation amount and it is used in social activity such as Free Yoga Centre, study centre, library facility, school scholarship, aided Kidney Dialysis Centre etc 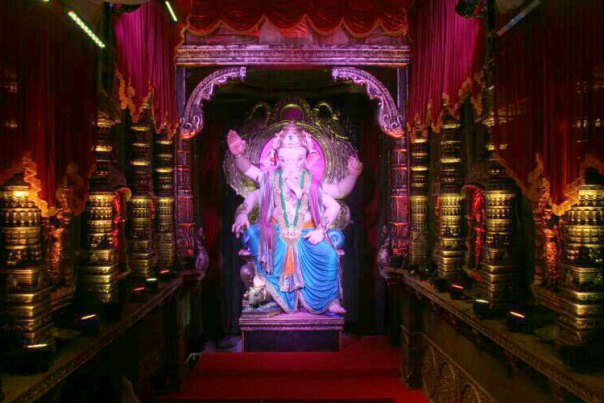 Mumbaicha Raja is one of the oldest and second most visited mandal in Mumbai and is located next to Lalbaugcha Raja. This mandal was started way back in 1928 and it has one of the tallest Ganesh Idol in the area which is 24 feet. Though Lalbaugcha Raja attracts a lot of crowd from all over the world, Mumbaicha Raja also has a lot of followers and people worship this mandal a lot.

This is one of the tallest Ganesh idols with around 22 feet height in Mumbai. The face of Ganesh Jee remains same for the idol of this mandal but the theme and posture changes. 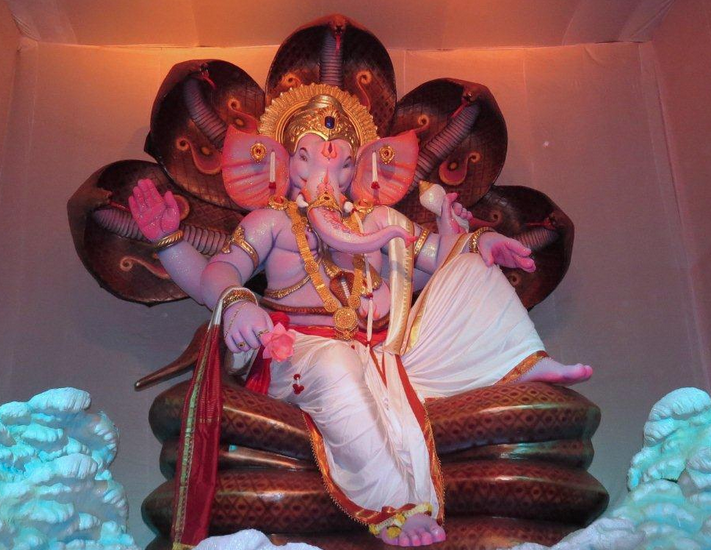 Chinchpokli Cha Chintamani mandal is just a few footsteps away from Lalbaug Cha Raja and is located in the same area. It is one of the oldest Ganesha mandal in Mumbai. last year in 2014 while carrying the Lord Ganesha idol to the Mandal it was broken due to potholes on the road but the team fixed it and made a new idol in 16 hours. 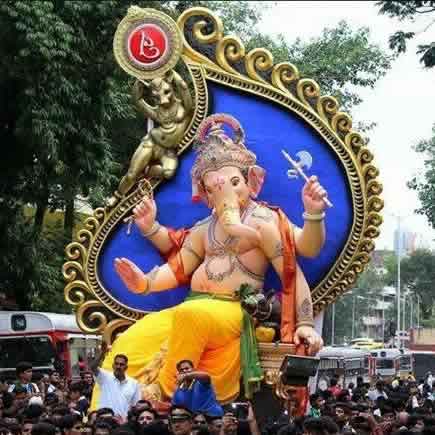 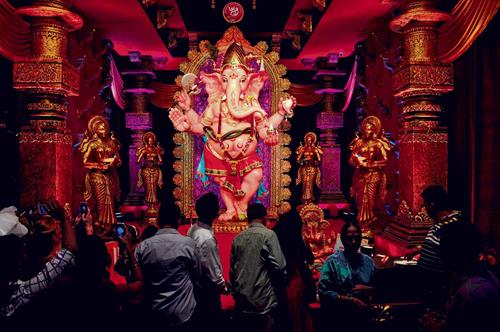 Rangaari Badak Chawl is located in the same area Opposite to Chinchpokli cha Chintamani. It is not famous as Lalbaugcha Raja but you will find many visitors here every day. This mandal has one of the best idols in Mumbai which is vibrant and colourfully madup of plaster of paris. If you are visiting Lalbaugcha Raja this year then don’t miss out to visit this mandal as it is only 5 minutes walking distance away.