The Prime Minister of india Mr Narendra Modi is the most talked about and famous person in india and on his birthday we were expecting a Google Doogle for him. Google Doodles represent events like holidays, anniversaries, birthdays or current events.

If you hate hate him or love him but you cannot ignore the Prime Minister of india Narendra Modi until and unless you are Google . Even Arvind Kejriwal & Rahul Gandhi Wished Mr Modi on his Birthday on Twitter but Google Doogle showed up late Famed Indian Artist M.F. Husain 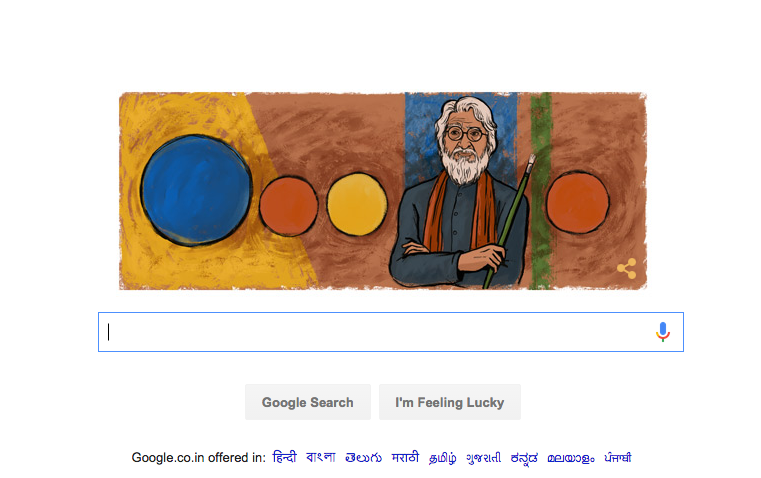 Both the famous personalities of india were once in the centre of controversies. M.F Hussain for painting nude versions of gods and goddesses click here to see M.F Hussains work. While Narendra Modi was surrounded by controversies in 2002 during the Gujarat Riots and he was also rejected for visa by U.S government.

We are wondering why Google chose M.f Hussain over Narendra Modi ? Do let us know what do you think about this by commenting below.

Till Then Happy Ganesh Chaturthi, India!