Apart from Cricket field, Jamaican cricketer Chris Gayle is known for his amazing party’s and lavish lifestyle but now he has actually gone to the whole new level by posting photos of a strip club installed in his house in Jamaica.

West Indies cricketers are well know for showing off how to have a good time off field by partying and having a good time when not playing cricket by posting some amazing photos on there social media accounts especially on Instagram.

Chris Gayle is loved by every one around the globe because of his reputation of smashing the ball of out of the stadium for a six. He currently is record holder for maximum sixe’s in T20 matches. This time he is again in news not because of his cricket performance but for posting photos of a strip club Chris Gayle has installed in his house. Chris Gayle has around 314k followers on Instagram. Chris Gayle also owns a Bar and Restaurant in Jamaica named Triple Century Sports Bar.

Lets have a look at photos posted by Chris Gayle of strip club installed in his house. 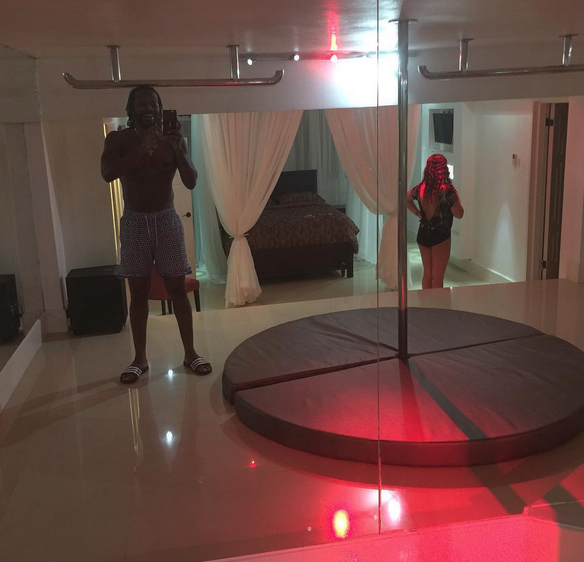 This is what Chris Gayle said about this photo :- From the pool to the strip club…if u don’t have a strip club at home, U ain’t a cricket ‘Player’ .. I always make sure my guest well entertained and feel like they are at home ? #LifeIsForLiving #DreamBig 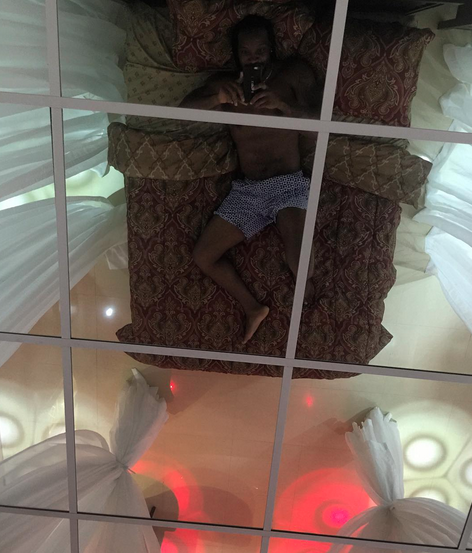 This is what Gayle said for the above photo :- And this is the ‘Hanky Panky’ bed with the mirror above to watch whatever view of your choice… It’s feeling a bit dent at the moment lol some guest I presume had a ball in here.. Ain’t calling no names ??? #FullJoyLife I can’t wait for my friend to fly in for the Party. ?? anyway, y’all seen enough lol.. I need a ? so #TripleCentury it is tonight ✌?️