It’s over twenty years since Carrie, Samantha, Charlotte, and Miranda broke onto the screen in seminal comedy Sex and the City, and it’s fair to say that it’s a television show that had a massive impact culturally. Not just due to the excellent writing behind the show and the acting talent that shone through, but also in terms of the fashion ideas it gave to us regular people.

Now with the spin-off series, And Just Like That, up and running, it’s clear that the iconic nature of the characters created by the original show still makes a big impact both on-screen and off. 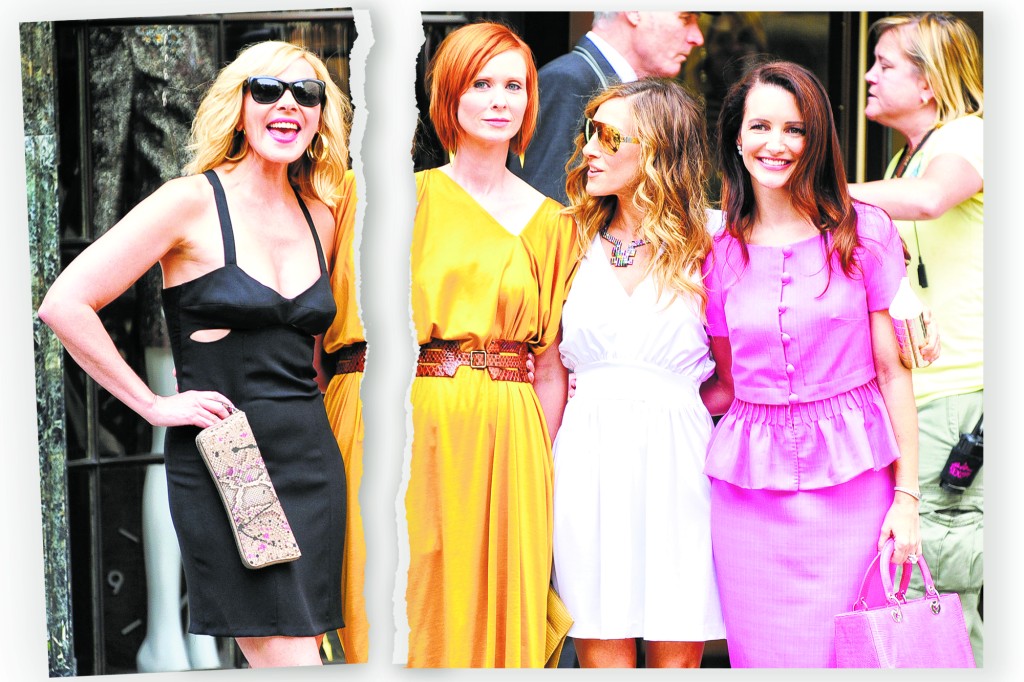 One way in which Sex and the City had an impact was in the jewelry market, where appearances on the show of a myriad of stylish items then became many sought-after items on the high street.

Sex and the City have always been a trend-setting show and continue to be so for new fans who have taken to the show on streaming services. The fashions on display are part and parcel of the show’s ethos. In many ways, this is almost an additional character of its own, along with the vibrant New York setting, a part of its ongoing success and charm.

Every year there are new trends in the jewelry world; in 2021, if you wanted a personalized name necklace, you were just one of the millions who did so. The upturn in sales in this area was certainly aided by celebrities and personalities of all walks of life, helping to make custom-made items a stylish addition we all want.

And so it was with the Sex and the City characters. When they wore certain items, invariably, they became big sellers on the high street, and as the spin-off show gains in popularity, you may well see something similar occur. Only this time, there is the added benefit of a thriving online sales ecosystem that makes the procurement of the bracelet that Carrie is wearing just a click or two away.

When it comes to online sales, the jewelry market has proven a massive hit. Whereas perhaps five or ten years ago, the idea of buying luxury items online would have proven problematic or perhaps even scary.

This was down to the fact that you are waiting for such items to arrive via the postal or delivery system, and you haven’t even tried them on, now it’s an industry that allays such concerns and has come up with ways to help you get over any fears you may previously have had when it comes to ordering jewelry online.

The breadth of the market online is pretty much limitless, and this is in marked contrast to what you see in your local jeweler. The additional benefit is that any purchase you make via your desktop or mobile device, you are sure to get it cheaper than if you marched into a physical store to do so.

Just as you could happily rack up a list of dozens of great outfits that Carrie and the girls wore on the hit TV show, you can also find a number of truly iconic jewelry selections made by the costume designers that worked on Sex and the City. Here are a few of the best.

She wore her gold-plated ‘Carrie’ chain for almost all the show; it was only missing when she lost it. This led to much soul-searching and proved that the item itself had more than just a financial meaning to her. It turned up in the end, hidden in the lining of her handbag.

This high-end piece was on display in the opening of the Sex and the City movie (the first one) and quickly became an item that everyone had to have. Unfortunately, this piece of jewelry doesn’t come cheap.

Of all the characters in Sex and the City, Miranda is perhaps the one that experienced the biggest shift in terms of their approach to fashion. She grew and evolved as the show went on, and this was mirrored in her fashion choices and her silver earrings that were paired to go with her more adventurous spirit.

Charlotte was always the more reserved character of the quartet, and her approach to fashion, and jewelry, matched this. She often opted for classic styles, and this meant a lot of pearls and floral patterning. Her character also went through stylistic changes but not in the way others did; her moves were more measured and in time with the cautious nature of her personality.

Clearly, Samantha’s character, and demeanor, lent themselves more to a gregarious approach to fashion and jewelry. That meant that she was never without a piece that was brash and couldn’t be ignored, as this was perfectly in tune with her confident persona. Her statement pieces often led to a rush of viewers trying to buy similar items.

The flip side here is that while the styles covered by the other three characters were very much attainable and wearable by the masses, Samantha’s choices required a great deal of confidence to pull off and let’s be honest, none of us are as self-assured as Samantha Jones!