People are going crazy to buy the latest iPhone 6s released by apple few days back and are going to extreme length to get there hands on iPhone 6s. People are usually desperate to buy latest Apple products as soon as it is in the market and this girl strips in shopping centre after boyfriend refused to buy her iPhone

We have seen some cases where people were ready to sell there kidney to buy iPhone 6s but this time this a girl in china has gone to extreme level in an attempt to buy iPhone 6s. 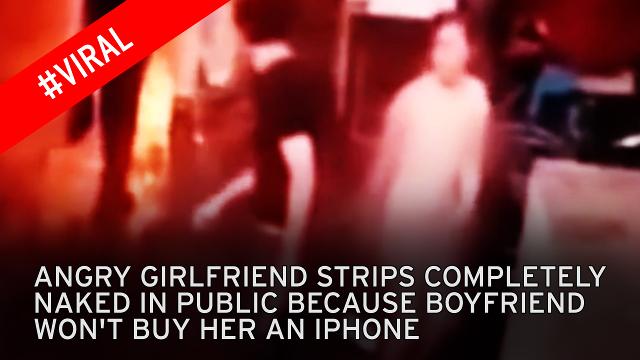 A girl in China wanted a iPhone 6s but her boyfriend refused to buy her the latest Apple product. The girl got so angry that she did something which ashamed everyone, She stripped naked in shopping centre in front of  a crowded market.

After watching this crazy behaviour her unimpressed boyfriend walked away, but she soon followed her pushing him many times.  It is not clear how this argument ended or whether the girl was able to get hands on the new iPhone or not .

Checkout the video footage of this incident

The video clip of this incident was uploaded on youtube and has got around 1.2 million views till now.