The much-awaited Game of Thrones trailer is out now! It’s been almost a year that the GOT fans have been left out ruthlessly at the end of season 5 with some anticipating questions which kept lingering ahead giving birth to a large number of controversial fan theories. Readers of the epic fantasy saga “A Song of Ice And Fire” by George R.R Martin, have rampaged through all the possible clues in the book to find the missing links and unravel the plot twists thus berserking the plot forehand but then Mr. Martin has always found ways to surprise us. So here we summarize for you few of the famous fan theories that have made rounds on the internet as we wait for April 24th to put down to rest some old carcasses and giving rise to the new twists …

1) Syrio Forel is alive (and is possibly Jaqen H’ghar) 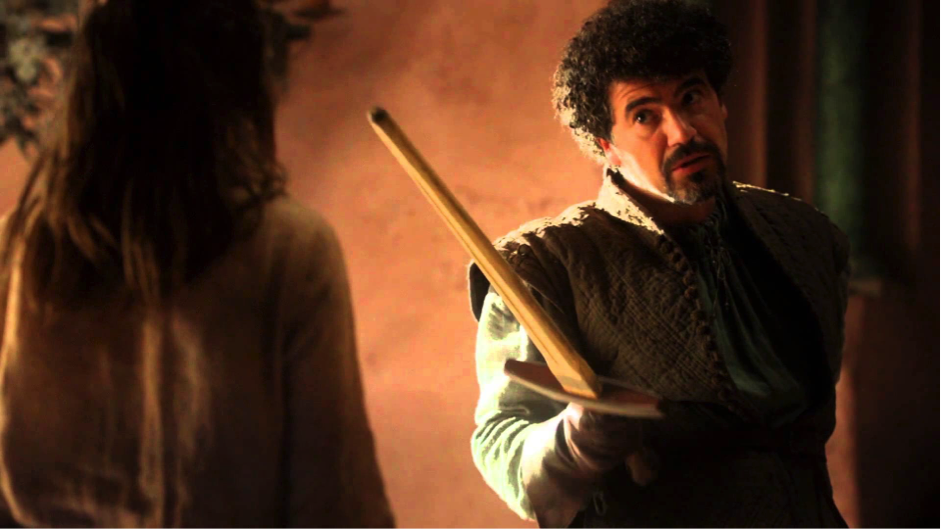 Arya Stark’s fencing instructor or rather “Dancing Teacher”, the first sword of Braavos – Syrio Forel was last seen in season 1 fighting with the armed members of Kingsguard with nothing but a wooden sword giving Arya the chance to fly off to safety. We never saw the outcome of the fight and ever since fans have tried to conspire theories to bring him back to life. It is believed that Syrio is none other than Jaqen H’ghar. Similarities state that they both are said to be from Braavos, speaking of the “God of Death” and have guided Arya throughout.

2) “valonqar shall wrap his hands about your pale white throat and choke the life from you.” 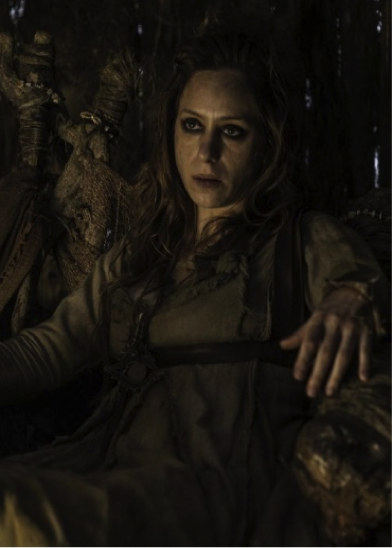 If you remember a prime episode of Queen Cersei’s flashback of her childhood in “A feast for Crows” showed a Fortune teller Maggy the Frog quoting “And when your tears have drowned you, the valonqar shall wrap his hands about your pale white throat and choke the life from you.” which led the fans to believe that the hands of her “valonqer” (High Valyrian for “little brother ) Tyrion or Jaime(who is her twin brother but born after her) will be behind choking her to death. But hold the reins! The fortune teller never mentioned whose “valonqer” will it be and the internet came up with the bizzare prediction of little Tommen Baratheon becoming his mother’s death with all the deep seated pressure and insanity to hold on the throne. 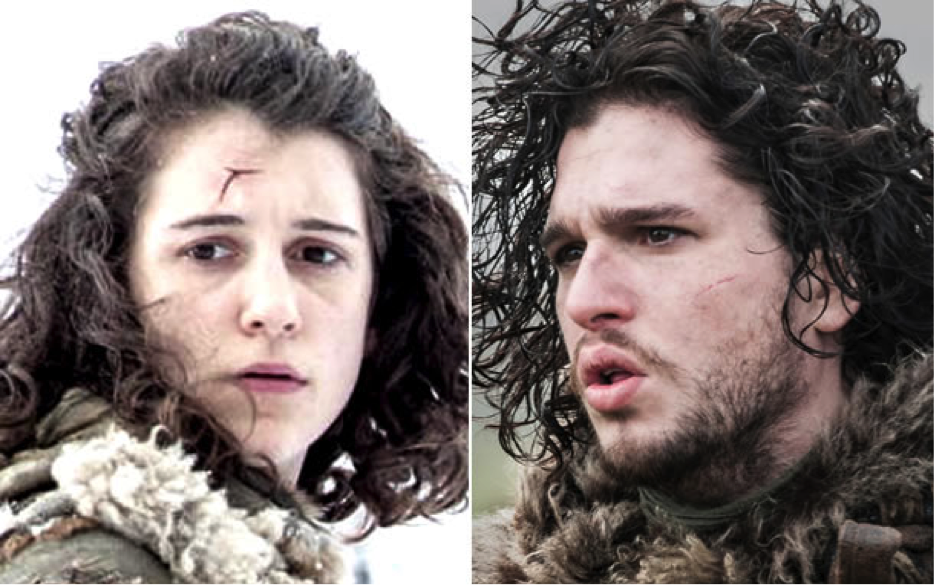 Rising from debris of the old fan theory of R+L=J, the puzzle was pieced from the parts where Ned Stark along with Howland Reed and two other men trekked up to the Tower Of Joy to save his sister Lyanna Stark. It was believed that Jon is Lyanna and Raeger Targaryen’s son and the latest addition to it was Meera being Jon’s twin sister since they were born in the same year and have similar features.

4) Tyrion Lannister is the third Targaryan? 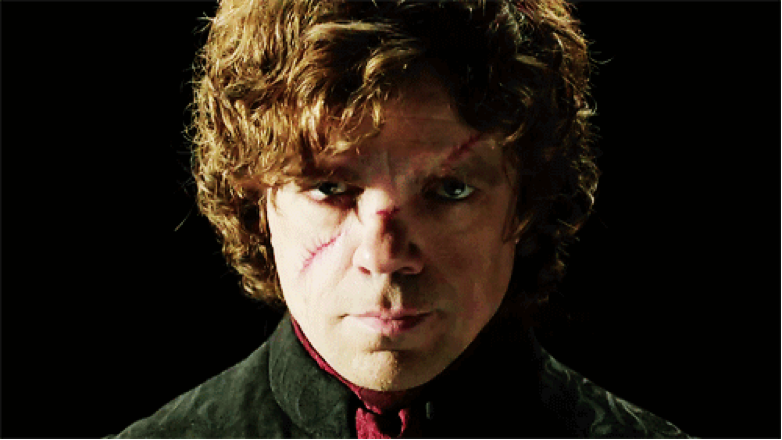 Evidences have also surfed up about Tyrion being the third Targaryen from Tywin’s last words “you are no son of mine”. (if taken literally) The mad king was supposed to be attracted to Tywin’s wife Joanna Lannister and there might be possibilities of them conceiving which makes Tyrion a Targaryen. Also details in the book mention Jon describing Tyrion having hair so blonde as to be white, which sounds a lot more like Targaryen’s hair color than blond like the Lannisters. Also Tyrion has one green eye (Lannister) and one black eye; Reminder: Daenerys’ eye color is described as to be so purple it’s practically black. So will it be Meera or Tyrion? Or maybe a completely new third possibility trashing these fan theories? 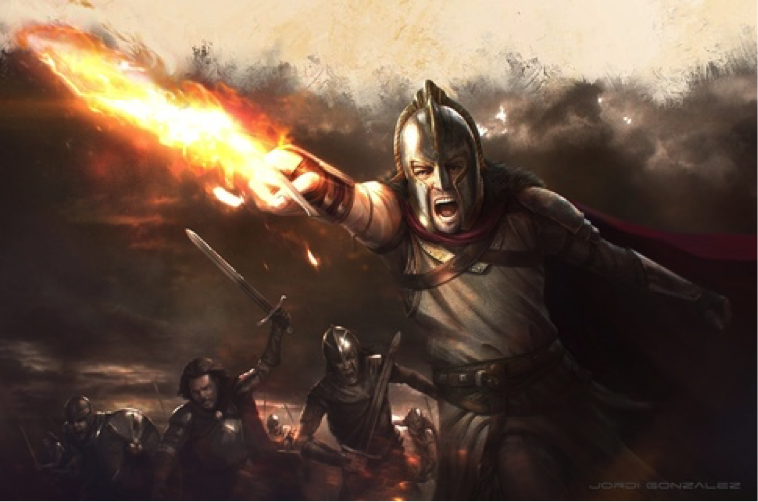 According to the tales that lady Melisandre keeps narrating Stannis Baratheon, Azor Ahai is the legendary hero who defeated the White Walkers and ended the Long Night thousands of years ago. Legends say he did so by wielding the sword Lightbringer, a sword that would light his enemies aflame. She believed Stannis to be the rebirth of Azoh Ahai which later turns out to be false. So who is Azoh Ahai?

“When the red star bleeds and the darkness gathers, Azor Ahai shall be born again amidst smoke and salt to wake dragons out of stone.” Fans contemplate Azoh Ahai reborn as Jon Snow. Further details are picked up from the book where Jon’s Night’s Watch brothers are crying, even as they twist their daggers into him. Steam then appears to come off of Jon’s body, as his blood pools beneath him in the snow. It was interpreted that this may qualify as the “salt and smoke” portion of the prophecy and that Jon will be reborn.

[youtube https://www.youtube.com/watch?v=CuH3tJPiP-U]We eagerly wait for season 6 to unravel the mysteries!