In our country, there are many controversial laws into the existence. The present article is on 7 Most Unpopular And Controversial Laws in India. In this article, we will let you know about those laws of the Indian Penal Code which have created a lot of chaos across the country.

Unpopular And Controversial Laws in India – The 7 Laws

Here are some of the most Unpopular And Controversial Laws in India. There has been very much uproar on these laws and it will go on further in future. This article is just an addition to it. 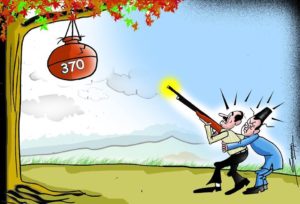 Under Article 370 which is the first Unpopular And Controversial Laws in India of our list, citizens of Jammu & Kashmir region get special rights within their territory. The right includes the PR (Permanent Residence) status, who can only buy land within the specified region. Moreover, if a girl marries a Non-Kashmiri she will lose the PR status.

This law is the reason which differentiates J&K from being the actual part of India which stops the development of that region. But on the other hand, if the government removes Article 370 from that region then in the race of development the natural beauty of Kashmir will get the effect. 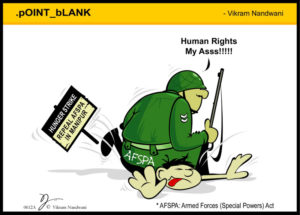 AFSPA abbreviation of Armed Forces Special Power Act is one of the Unpopular And Controversial Laws in India where Army is given control to handle the situation in a given region. Basically, this act gives the power of a specific region to Army so that they can handle the situation there.

A situation like frequent attacks by militants or regional trying to create disorder. Under this act, people can be arrested for no reason for a long time just because they are suspect. The blame on them might or might not be true. Like communal countries.

This strict part of the law is the reason why people oppose it. You can’t point a gun on each and everyone just because of they may be the culprit. Innocent people suffer under this law so it requires some amendments. 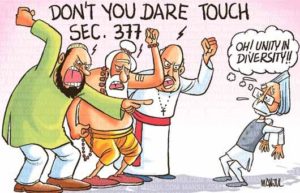 Article 377, one of the Unpopular And Controversial Laws in India. It criminalizes sexual activities “Against the order of nature” arguably including homosexual acts. Nowadays we can notice because of some unknown reasons number of homosexual people are increasing in society.

We can’t do something about it except permitting them to do whatever they want. All have right to live, isn’t it? But on the other hand, if they are permitted homosexual activities then they might try to indulge other people into that either with willingness or forcefully. That might spoil some lives.

Moreover, the population will also get the adverse effect as homosexuality is related to mental issues too. 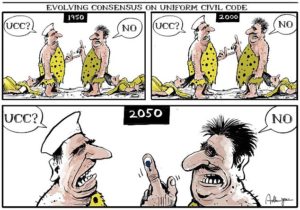 Often talked never implemented Uniform Civil Code is the Unpopular And Controversial Laws in India which no political party would like to implement. As it would make all the citizens of country equal. In India people aren’t just people, they are vote bank according to their caste.

By implementing Uniform Civil Code no leader would be able to say for any religion or any caste and this will force the political parties to nominate a good candidate. This is impossible for them to do as it is against the Secular Fabric of India.

If we talk about the most misuse Unpopular And Controversial Laws in India of the country then it is Section 498 A. Under this act, any women can file a complaint against his husband for dowry case.

There won’t be any proof with the husband that he didn’t ask for any kind of dowry. The judge will see the women’s tears and will punish the husband and in-laws.

Are guys born for suffering in this country? Or the law thinks that females are always right? I think they forgot the concept of Crocodile’s tears that we learned in childhood. 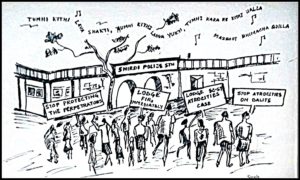 Next Unpopular And Controversial Laws in India on our list is the Prevention of Atrocities Act 1989, which states that the punishment would be severe if a crime is done against any member belonging from Scheduled Caste & Scheduled Tribe community.

These communities have suffered a lot in past because of so-called society, even though the time has changed and we are in the 21st century. If we go in some backward areas standard of living of these people is negative.

And maybe that’s the reason why we must respect them. But on the other hand, if such laws and even reservation are given to them continuously then the tag of being backward will never leave our country. 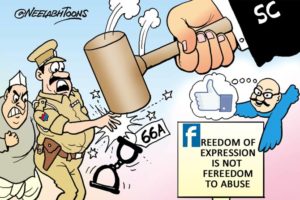 Article 66A, the last law on our list of Unpopular And Controversial Laws in India gives right to arrest people on the basis of the stuff that they post on Facebook or other social networking sites. Seriously? Then what is the meaning of Freedom of Speech? Many people raised this issue.

But there have been many quarrels and riots regarding the things that people post on Facebook. Freedom of speech doesn’t mean to force your thinking on others. Moreover, police can’t decide whether the posted stuff is disturbing or not.

And due to such confusion, the article 66A is not into implementation right now.