by Shreya Srivastava 4 years ago4 years ago
48.5kviews
70

Are you searching for Republic day speech? A very good morning and a warm welcome to the most reverent Principal, respected Sir’s and madam’s, my dedicated fellow students and my lovely juniors. I would like to extend my thanks and gratitude to everyone who gave me a chance to come up on the stage on this big occasion and speak of the love for our country. We have all gathered today to celebrate this authentic occasion of 69th Republic Day which is celebrated widely from the President to the student of pre-nursery who is as you can see, excitedly hoisting the tricolour flag. 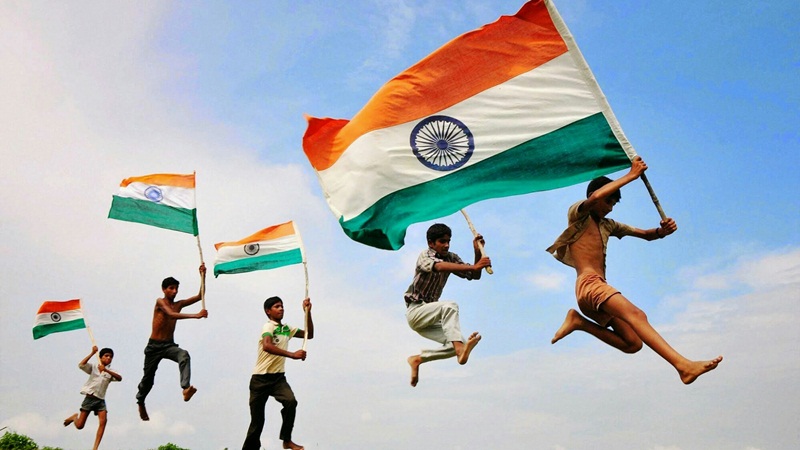 Republic Day was first celebrated on 26th January 1950 because on this day, India’s constitution came into existence and in order to remember this day, people celebrate republic day every year and declare a national holiday. You can see the celebration on a large scale in Delhi at Rajpath in front of our honorable president, respect is given to all the freedom fighters that day and the states of India is represented in the parade. At first, the Indian constitution was adopted by the Indian Assembly on 26th November 1949 and was released in the country in 1950. On this day, India’s Independence was announced by the Indian National Congress. Apart from this, Independence Day and Gandhi Jayanti are the other two days which are declared as National Holiday.

Once the parade is over, Beating Retreat takes place and this is celebrated as the closing of Republic Day. As the republic day is celebrated for complete 3 days, this event takes place on the evening of 29th January and the three wings military people that is Indian Army and Indian Navy.

After being ruled over by Britishers for hundreds of years, India had not only sorted to hopelessness but also gave up. But every now and then, we had the fire in the society in the form of men and women, who fought and even gave up their lives to see a country free from any foreign influences. India became a democratic country which was liberated from the clutches of the British government on the authentic date, 15th August 1947. Well, ‘Simon Go Back’ was just a beginning of sending everyone from Great Britain back to their native place and not let them affect any more of our economic, physical, mental and government conditions.

But after the Britishers left, the Indians did not have much of an idea of what to do and where to
start and in fact, even how to start. Just imagine, the whole of the country was under the
shackles for more than 200 years, and now they were free to do anything and go anywhere, like
the free and blissful children whose parents have left them for the first time to manage the
household details and they can do whatever they want.

Well, that was a big responsibility that fell upon the leaders of the country, who were eminent in bringing about the effect of Independence of the country and the youngster group of people, who took up the responsibility of framing the rules and regulations for the country, something that won’t let the people feel that they are used and moreover, give them a feeling that they are the part of the biggest democratic of the world. Well, that has to count for something great and exemplary.

So, after the dawn of Independence, the process was set into framing the Constitution of India, the supreme law of India, that would be referred and looked back upon whenever something wrong was done in the country or any wrong steps taken towards the welfare of the general republic of the country. So, the constituent assembly comprising of 389 members sat together on this task of formulating the Constitution and took almost 2 years 11 months and 18 days to bring this Constitution to the effect.

This assembly had people’s representation from all the classes, from Jawaharlal Nehru, C. Rajagopalachari, Rajendra Prasad, Maulana Abul Kalam Azad, Balwantrai Mehta, Valla Bhai Patel, Frank Anthony and so many more. On this very day in the year of 1950, that is, the good and golden day of 26th January 1950, when India’s constitution came into play, it took a big turn for the social and economic growth for the country.

As per our Constitution of India, we are a democratic, secular, sovereign and socialist country of people which assure that all the Indians and the residents of the country would be guaranteed justice, equality, and liberty in the light of promoting fraternity among them and give them an equal opportunity to rise and shine.

And so far, the country has been trying to live by the Constitution of the county. So, in reflection to this particular day of Republic day, every year on 26th January, a national holiday, everyone comes together, irrespective of what they do and who they are, big or small, rich or poor, this day they celebrate it as the country’s day, a day

where the Phoenix rises from its ashes, where they can prove that a country is nothing if the people who are in it aren’t completely in love with the country itself. And well, we have a country full of patriotic men and women, maybe the genes of these freedom fighters didn’t go along with them. They imparted their love and passion for the country to the people who are still there to protect the country if it faces the danger in the future from any place.

Every year this day is celebrated with the biggest celebration taking place in the capital city of the country, Delhi, before the President of India and other parliamentary members at the Rajpath. There are so many people who come from long distances to attend this display of functions and the parades, which is a representation of unity in diversity and a demonstration of how rich is our culture.

The parades on the display commence from the Rashtrapati Bhawan, the so-called ‘the President House’, then passed the Raisina Hill which is laid down on the Rajpath and then the parades move forward. These marches have a display portraying cultural and social heritage and the capabilities display made by the Defense Forces. The Army, Navy and the Airforce of the defense division make the show in their finery and official decorations and bring around 9 to 12 different regiments on the parade ground.

Other than the defense forces, the paramilitary forces and the civilian forces also makeup twelve contingents and have a parade in front of the Rashtrapati Bhawan. After 3 days of The Republic Day, when all the festivities of the Republic Day are done, a beating Retreat ceremony is conducted. This is conducted royally on the evening of 29th

January, when the three wings of the military, the Army, the Air Force and the Navy join together to give a show of the festivities. This is held in Raisina Hill and the President arrives escorted by the cavalry unit. After the President arrives the national anthem, Jana Gana Man is played and post that the army bands play the massed bands like the pipe and the drums. The ceremony ends with the one and only and everyone’s favorite; Sare Jahan se Accha. 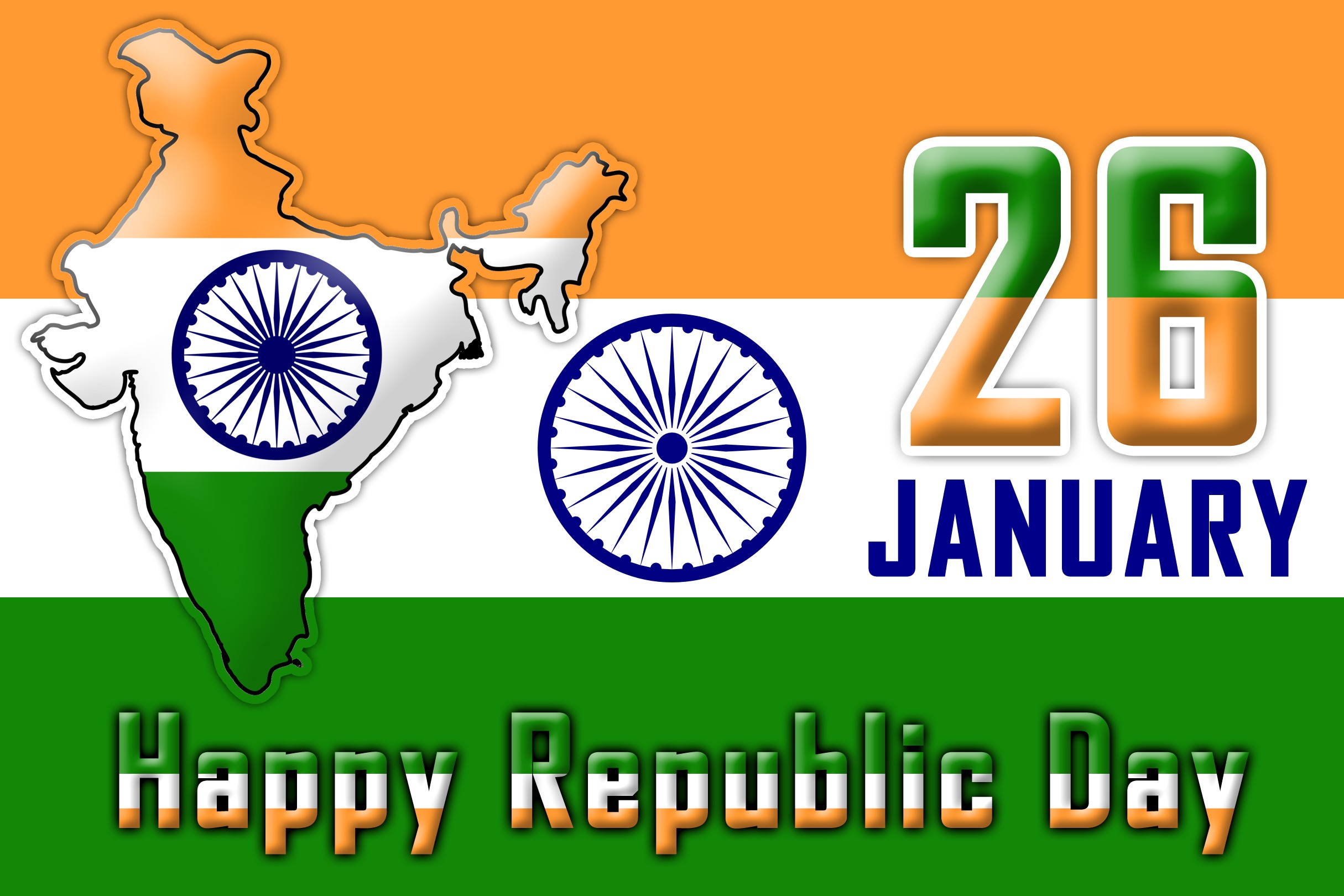 Until 1955, there was no fixed venue and it was only posted that year that the Republic day was celebrated at the Rajpath. Since India became a republic, there are people invited under the title of Chief guest and who accompany the President of India.

The country has been adorned with such a large population which has been striving to meet ends and has fought until the end to make a place in the international market. The upcoming and ever-increasing bettered condition of the country where the GDP is better, the price against dollar has reduced, considerable reduction in the crimes, people returning back to the country owing to the booming IT factory, a reverse brain drain, covert operations carried out by our defense of the country making sure that we sleep at night safely at our comfort. From 1951 to 2018, the country has been increasingly supporting now 1.3 billion people as opposed to a population of 360 million people at the time of Republic India.

The journey of the country has not been outright in peace and that which you can call it painful at times but sometimes it is exhilarating. But when have we seen an ideal ever-increasing graph in practicality, and how boring would the story would be if not hitting some bumps. But the will and passion of the generations before and after who have come, are the prime factor that has helped the country to reach where it is today. India is just not a democratic country, but a country where the people are driven by intelligence and something that is much more in quantity and needed in order to make a real difference, passion.

The improved economy which saw a boom of 7.2 in the year 2017, has bought the stock prices of Indian commodities in better competition with the commodities of the international market. Demonetization, which resulted in the temporary setback has promoted the transparency of the economy.

Of all the speeches ever made, the most remarkable was when Dr. APJ Abdul Kalam stated that in order to make country free from the shackles of corruption, indigency, falsehood, terrorism or any other factor that might bring the downfall of the country so as to make the country prosper inequality, employment, poverty, inequality and so much more, there are three societal members who can make a difference to this world. They are the Father, the Mother, and the Teacher.

And I am so glad to put forward that we are so lucky to have the most dedicated teachers, seniors, and friends who guide us to be on right track. India wouldn’t be a prosperous country if not for the great people who have invested in the current generation and have given us the responsibility of making India Great Again and help in keeping up with the goals. It is not what the country has given us, it has given us education, freedom, right, food and water and now this is our responsibility to give the country in return the educated and aware society who are strived to do anything that the country might need.

Republic Day Speech for students in school and college

Hope you liked our collection of Republic day speech for students and teachers. Dont forget to visit Rajpath on 26th January and if you really want to see that how Republic day is celebrated then book your tickets for Delhi soon.