65% of students failed Bihar boards as very strict measures were taken to prevent copying and cheating in exams. For class XII boards around 12,61,000 students appeared for the exam out of which only 35% passed, rest others failed. For the same exam, last year in 2016 the pass percentage was 67%.

Jharkhand also falls in the same category, Only 57.91% students passed in class X exams where as the pass percentage for science stream was 52.36 percent. Jharkhand has produced poor results since 2003 but this year the results were an all time low. 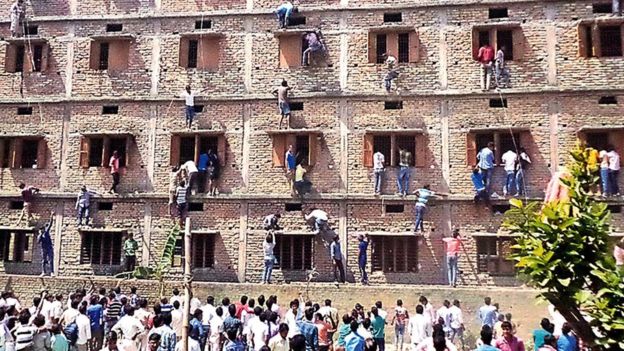 The Bihar board declared the result on Tuesday and said, The pass percentage in science was 30.76%, while only 37.13% passed in arts. The only silver lining was that 73.76 percent students appearing in Commerce stream passed the exams.

Last year a large cheating scam in exam was busted, this year rules were made strict so that no once can cheat in the exam. Last year Ruby Rai the topper of Bihar board’s interview had exposed the scam as she was not able to answer a single question.