Very few days are left for the launch of The Kapil Sharma Show on Sony and Colors the Tv channel where Kapil Sharma got to fame from the show Comedy Nights With Kapil has played a new game against this funny comedian. 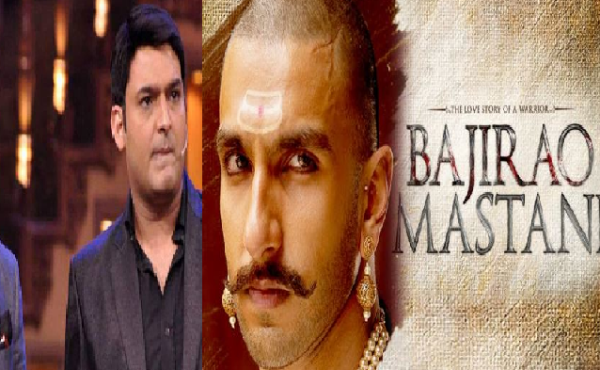 Kapil Sharma and Colors had ended the show comedy nights with Kapil on a bitter note and now he is coming up with his own show on Sony Tv “The Kapil Sharma Show”. Shahrukh Khan will be the first first guest to feature on debut of the show.

After Kapil left, Colors up with ‘Comedy Nights Live’ to give competition to Kapil’s show on Sony but there is a big twist.  On 23rd April when Sony will be premiering “The Kapil Sharma Show”, Colors will not be airing “Comedy Nights Bachao”,  surprised?

On 23rd April 2015 biggest bollywood blockbuster ‘Bajirao Mastani’ . The surprising news is that it will be premiering the movie without any break. According to the news Colors doesn’t want to risk the viewership.

It seems that this fight between Kapil and Colors doesn’t seem to end. Who do you think will win TRP battle on the 23rd of April ? Kapil Sharma or Colors ?