The night of 22nd and 23rd November will be remembered in Maharashtra and Indian Politics for ages. It was on 22nd November Evening at 7 pm when Sanjay Raut, the spokesperson of Shivsena announced that,

And that is when the real “Game of Thrones” started in Maharashtra!

No one had a clue and Sharad Pawar, Uddhav Thackeray and Maharashtra Leadership of Congress were eagerly waiting for the dawn of 23rd November when they will present themselves as the next administrative rulers of Maharashtra. 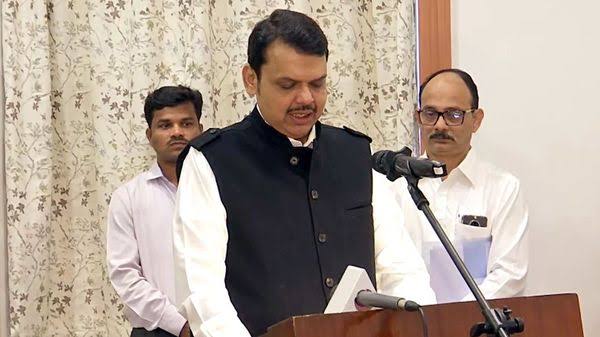 But, suddenly at 5:47 am on the morning of 23rd November, there was a shocking announcement. The presidential rule from Maharashtra is removed from immediate effect. The leaders of Shivsena, NCP and Congress were in the mid of their sleep at that time.

And before they can think of anything, after 7 am in the morning Devendra Fadnavis, along with Ajit Pawar from NCP reached the Governor’s House.

This Oath Ceremony was immediately welcomed by Prime Minister of India, Narendra Modi with a tweet:

Congratulations to @Dev_Fadnavis Ji and @AjitPawarSpeaks Ji on taking oath as the CM and Deputy CM of Maharashtra respectively. I am confident they will work diligently for the bright future of Maharashtra.

While Ajit Pawar is claiming the support of all MLAs from NCP. The founder of NCP Sharad Pawar had some other views:

Ajit Pawar's decision to support the BJP to form the Maharashtra Government is his personal decision and not that of the Nationalist Congress Party (NCP).
We place on record that we do not support or endorse this decision of his.

The Chanakya of Indian Politics who might have played a major role in Maharashtra’s Game of Thrones also congratulated the incumbent:

There is a lot more interesting to come from Maharashtra’s Politics with all these incidents. We will surely keep you updated on this!