Velle is the remake of a Telugu film, Brochevarevarura, which was much loved and was a blockbuster. It stars Karan Deol and Abhay Deol as their leads and has hit the screens. The movie is full of laughter and will give you complete entertainment.

Four best friends, a director, a star, and three criminals all cross paths with each other. The movie reveals what waits for this bunch of people. 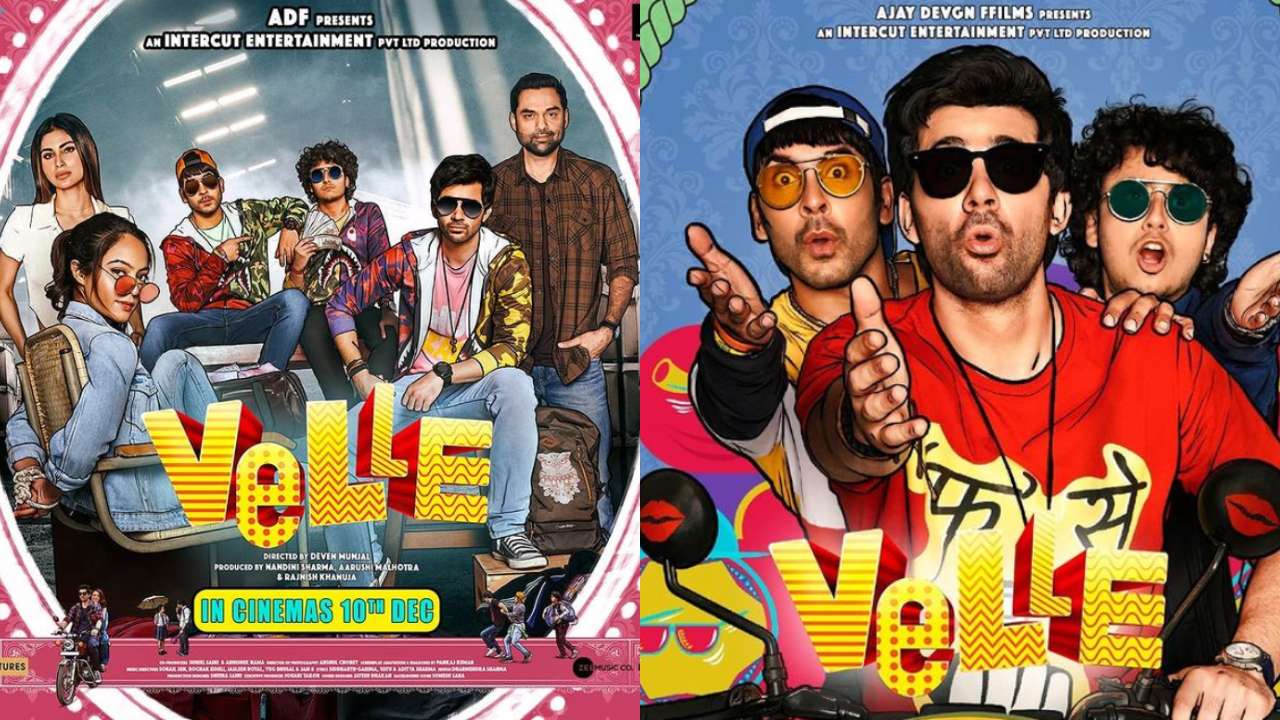 The movie Velle is about a group of students who are all set to get to know the world. The movie opens with Rishi Singh (Abhay Deol), playing the role of director. He reaches out to Rohini ( Mouni Roy), an actress, with his low-budget film. He then narrates his script which depicts three best friends – Rahul, Rambo, and Raju (Karan Deol, Savant Singh Premi, and Visshesh Tiwari respectively). They are called the R3 gang. They are backbenchers and troublemakers with low grades and are easy-going and free-living.

Later they all meet Riya (Anya) and befriend her. She is the daughter of the principal of the school (Zakir Hussain). They later become part of the R4 gang. Riya is controlled by her father and hence she wishes to live a free life.

All the four friends make a plan and decide the R3 gang will kidnap Riya and ask for money. Now the twist in the story enters. Riya is now actually kidnapped by real kidnappers. The movie right now is portraying three narratives that are running parallel. Gradually all come together to give you a burst of laughter. Here, while narrating and working together, Rishi falls for Rohini eventually. But are unaware of what awaits them. An engaging movie full of comedy, crime, bond, and friendship has the potential to hook you to your seats until the end with many turns and cracks of laughter.

Karan Deol previously starred in the movie ‘Pal Pal Dil Ke Paas’ and now he is playing the role of Rahul with a touch of comedy. His performance is highly appreciated in this movie and shines out with the strength of his character, confidence, and charm. He gives both episodes of laughter and tears with this performance. Karan Deol will truly make the audience remember Sunny Deol with his performance. Another cast like Anya, Visshesh, and Savant all give amazing performances. The characters give the audience a new and refreshing experience. The portrayal of young kids or students is quite impressive and shows the stances of maturity. Abhay Deol has got limited screen time. The same goes for Mouni Roy. However, the female lead, Anya, manages to win the heart of the audience with her performance and does not let people feel the lack of a female lead. There are rarely any complaints that can be brought up with the characters of other cast members. All the cast members gave the best performance and engaged the audience.

The movie ‘Velle’ is full of back-to-back laughter and can be seen with family as well. Vell is a mixture of comedy, emotions, action and has the full potential to hit the big screens and receive the love of audiences. The movie unfolds a lot of twists and turns and has done wonders. It is a movie worth watching and will make your weekend full of laughter.