We all know Tom Hiddleston from the marvel movies, but do you know Tom Hiddleston originally auditioned to play Thor and even gained 20 lbs for the role. He did not get the role but everyone was incredibly impressed by the audition and that’s how he got Loki.

Rumors suggest that Tom Hiddleston is considered for the roles of the third Holmes brother alongside his long time pal Benedict Cumberbatch .Well he is certainly qualified. We are already swooning over his British accent and chiseled frame, he has also studied at Eton and RADA, ‘Thor’ fans may become sherlocked too considering his international recognition. 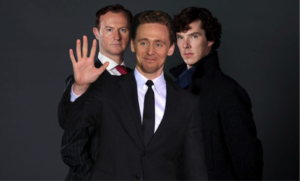 He may also be casted as the next James bond, taking over Daniel Craig’s mantle

He played rugby for Cambridge university where he received first class honors in two subjects for his excellence in classics. He is hot. He is athletic and he can recite Hamlet on demand. Not even Taylor can ask for more. 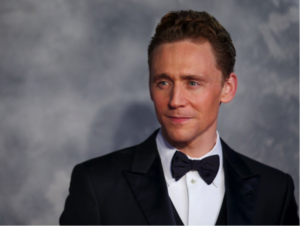 He is a contemporary of Prince William at Eton college . Referring to William’s schooldays, he says: “The great thing was he was treated like any other boy.” Well he grew up to be a prince too 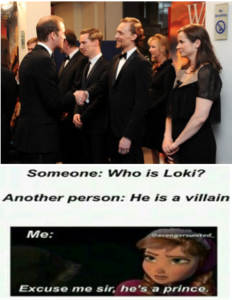 (tom hiddleston with the prince) Image via : pinterest.com 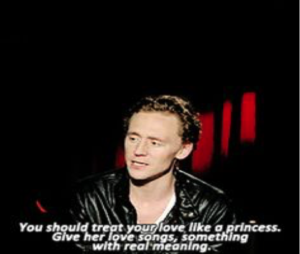 When we think about it, Tom would not have to worry about giving her love songs.

“I THINK IF YOU’RE GOING TO BE CONVENTIONALLY ROMANTIC YOU’VE GOT TO GO ALL THE WAY: A BEAUTIFUL DINNER SOMEWHERE LOVELY, WITH BOAT-LOADS OF FLOWERS, CHOCOLATES AND CHAMPAGNE. BUT IT MIGHT ALSO BE NICE TO WRAP UP WARM AND SIT ON A ROOF SOMEWHERE, WITH A CUP OF HOT SOUP AND YOUR GIRL, WATCH THE PLANES COME IN OVER LONDON AND LISTEN TO THE NIGHT.” -Tom Hiddleston

Well, we certainly know he is true to his words.

When You Google Taylor Swift…. pic.twitter.com/A9FuXToEY3