One unnamed member of Indian cricket team who travelled with the team for the tour of Zimbabwe has been alleged arrested for raping a local women on friday. Charity Charamba the Harare Assistant Police Commisioner has confirmed an Indian national’s involvement in the matter.

The women who has been raped was loitering in the hotel lobby before being drugged and allegedly abused. At he moment The assistant police commisioner has chose to stay quite and not say the name of the person as he is bound by law. 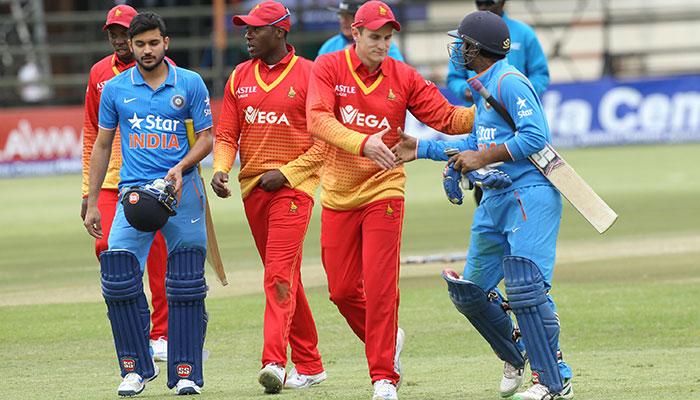 She added, “We have concluded our investigation, but both the police and courts have to handle the issue with care as it can lead to a potential diplomatic feud.”

No evidence is available about who has been arrested, Player from 16 member squad or an official of indian team.  A source close to the developments said, “the girl claims to have been drugged, then waking up to bloodied undergarments in one of the member’s rooms. She also said that she had no clue on how she reached the room.”

There is no confirmation from Harare Police about an Indian team member’s involvement. They have confirmed that an indian has been arrested and also there was no checkin from any other indian in the hotel apart from the Indian Cricket Team.