Lowering energy consumption is something that is fast leaving the realm of moral choice and beginning to become a necessity. We are running out of coal and petroleum, while our alternate energy sources are not up to the mark yet to supply the planet with all its energy needs.

On the other hand, and looking at more immediate problems, the cost of energy seems to be rising at a faster rate than had been anticipated by most of us. This is, unfortunately, a trend which is not going to let up anytime soon, because the rising cost of electricity is a direct result of what we previously discussed, that is the diminishing availability of natural resources. 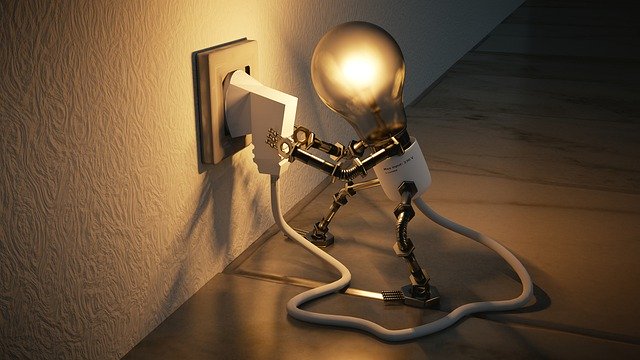 Therefore, to ensure that our future generations have more time on their hands to make a complete shift to alternate sources of energy, and also to save ourselves from spending a small fortune on electricity bills alone, we all need to adopt strategies that can help us save power, money and the planet simultaneously.

Fortunately, there are multiple ways for us to save energy today, and we are almost assured to find even more ways to reduce our electricity consumption in the near future. For now, the following few methods of saving power should help anyone who wants to save energy and money, but without sacrificing the comforts and pleasures of modern life.

Do you remember those old incandescent bulbs? They served a purpose, sure, but they consumed energy like crazy! Thankfully they were replaced by CFL technology and today, most of our homes have CFL lights in varying shapes and sizes, keeping things bright and cheery after the sun goes down. However, even the time of CFL has come to an end, because LED lights are the future now.

Although we say “future,” it should be remembered that LED bulbs have been around for years now, and they had been adopted as a less power-consuming alternative to CFL bulbs in TV sets around a decade or more ago. However, LED lights for use in house lighting have gained attention only recently because the latest LED bulbs are a lot more affordable, efficient and long-lasting than they used to be even just a few years ago.

To give you a rough idea of the kind of electricity you can possibly save by making that shift to LED bulbs from CFL bulbs, consider the fact that every 60-watt LED bulb consumes only 6 to 8 watts of electricity to provide maximum Lumosity, while 60-watt CFL bulbs consume 13 to 15 watts to provide the same level of Lumosity. They also remain much cooler, while CFL heats up like anything and that can be a problem during the summer. What it means is that if you still have CFL lights in your house, it is quite likely that you are paying more on your HVAC maintenance and energy consumption needs than you should have to.

According to stats made public by the US government’s energy department, almost half of all our electricity consumption is a result of the need for heating and cooling our homes. As it happens, this isn’t just a US-exclusive phenomenon either, because residential heating and cooling are the two main reasons which are responsible for a majority of power consumption across the planet.

In nations where the weather is much hotter than it is in the Northern Hemisphere, they spend more than 60% to 70% of their energy expenses on their cooling bills. The same would apply for some US states as well, such as Florida for example. The point is, irrespective of where you are, or what kind of weather you live in, it is almost a certainty that you are consuming more energy for heating and/or cooling than for anything else.

The solution is quite simple really, and it comes in the form of energy-efficient HVAC systems. Contact a reputable company like Semper Solaris for a quote. Throughout California, Semper Solaris is known for their highly efficient and affordable residential photovoltaic systems, heating and air conditioning repair, and HVAC maintenance, but what a lot of their customers don’t know is that they also sell some of the best heating and air conditioning units in the country in terms of power-efficiency, quality, and post-sales service.

For example, the 25 Seer variable speed inverter unit (Dave Lennox Signature Edition) is 58% more efficient than the average 10 seer HVAC systems seen in most homes. All HVAC units from Semper Solaris are made right here in the US and they come with a lifetime of the heating and air conditioning repair warranty from the company.

The yellow sun of our solar system is a virtually infinite source of energy, and it’s our biggest hope for a greener future as well. Every day, the sun provides so much energy to the planet that if we were able to harness every bit of solar energy that it provides in an hour, it would be enough to power the entire planet for a year! While that almost sounds like something one would read in a comics, it’s a very real fact that was established years ago, as one can see by simply going through this acclaimed study.

Unfortunately, we do not have the technology to do anything even close to that yet. That being said, we have come a long way since the early days of super-expensive photovoltaic systems with low-yields. Smaller solar panel systems are now affordable, efficient and most importantly, they can even be used to collect and store energy, when coupled with a solar battery.

If you live in an area where the sunshine is decent enough, you can expect to lower your HVAC maintenance and power consumption expenses down to nearly nothing, by connecting one of the energy-efficient units mentioned above to your photovoltaic system. When the sun is powering your heating and cooling needs, or at least a portion of it, then the strain on the main grid is automatically reduced, which in turn helps you to save up on electricity consumption costs by a significantly large amount during summer and winter.

There are also smaller solar appliances like solar cookers, solar lights for the garden and the exteriors, solar flashlights and so on. Now, there is a very obvious cost of installation involved here. Whether it’s about shifting to LED technology or photovoltaics, investments will be necessary, and they can get pretty steep at times. However, here’s something to consider; you don’t have to do everything at once! Start with getting the heating and air conditioning repair and maintenance work is done, which makes the whole system more efficient, even if it’s not as efficient as the modern units we mentioned. Change a few bulbs, install a small solar panel system, or just change the exterior lights to PV LEDs to take the cost of exterior lighting totally off your bills. Take it slow and progress according to your own budget, but the important part is to make sure that you take regular steps towards reducing your carbon footprint.