by Anupam Chaturvedi 3 years ago3 years ago
3.6kviews
79

We all have studied about Electricity in our school times. And who isn’t familiar with the name of The Thomas Alva Edison the greatest inventor! Being a great scientist, there are many documentaries on him. However, when it comes to movies, there are very few! But, the upcoming movie ‘The Current War’ is going to break many barriers.

The movies on scientists are very exciting. Not only for the research scholars, but also for the normal people. Perhaps, the best part about The Current War movie is it is about the World’s Most Famous Scientist and the Topic Electricity, about which we all have read in school.

The Current War: Movie at a Glimpse! 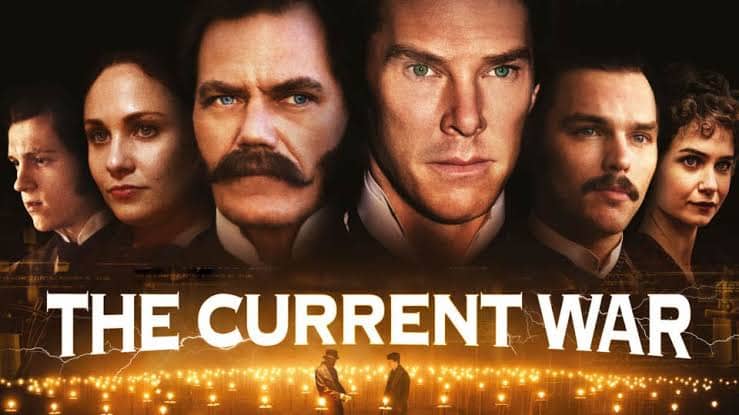 If the introduction itself is so much exciting, just imagine How interesting the movie will be!

The Current War Movie depicts the story of rivalry among the great scientists. Since our childhood, Thomas Alva Edison is the name, each one is aware of. Through this movie, we all get to know Edison as a person rather than a scientist.

2) It showcases the rivalry between Scientists!

Apart from that, it also shows us the story of rivalry Nikola Tesla, George Westinghouse, Nicholas Hoult and Edison. The rivalry which decided the future of Earth that which electricity will actually em’power’ the world!

As we all know, there are two types of current, AC (Alternate Current) and DC (Direct Current). We are also aware (maybe, if you were studious in school) of the applications of both these currents. This movie shows us the story behind the scenes that How these applications were measured and verified and put into the effect!

And since this movie is having real-life characters in it, the story is also true. Many people consider that the life of scientists is very boring. And they pass their time in boring laboratories for days along. Are you the one who thinks in the same way?

Well, then you need to rethink because The Current War will show an interesting part of the scientist’s life!

4) There is a spoonful of romance in the movie!

The Current War is going to break many stereotypes! Do you think there is no place of romance in a Scientist’s life? Well, not really! The trailer of the movie is already out and you can watch it on PVR Pi. There are some romantic scenes too, which will probably surprise you!

5) The trailer of The Current War is very exciting!

A trailer of The Current War was already out for the last two years. Now we are having another one. These trailers are enough to give you a glimpse of entertainment this movie has to offer you with.

6) It is releasing after waiting for 2 Years!

It is noteworthy that the premiere of the movie was already announced for the 2017 Toronto Film Festival. However, due to ‘various’ odd reasons the release was delayed. But, the movie has finally released in the US and is set to release worldwide. Maybe that’s why it’s said, we have to wait for Good things to happen.

7) The Current War Showcases How History was made!

The School Textbooks tell us the principles, but never tell us how it actually happened! Maybe that’s why we are more interested in movies rather than studies. The Current War is one of its kind movie which shows us the efforts, scientists are making to get their inventions name, fame and glory.

8) There are also some controversies going around the movie!

Since it’s announcement in the year 2011, this movie was in the news for one or another reason. Therefore, the Current War has already generated curiosity in the mind of viewers! But Finally, we will be able to see the movie after final cuts from director Alfonso Gomez-Rejon.

Do you think that Scientists are quite and they don’t speak much? That’s the reason why we want you to watch this movie. It is breaking many stereotypes about scientists.

10) It is having amazing reviews!

Since the Current War has already released in the US, we are having benefit of getting truthful reviews directly from the viewers and fans. We are leaving this here, with some reviews of the fans. Hopefully, it will give you a glimpse of what you will enjoy in the Current War.

The Current War will release in the theatres near you on this 1st November! In India, PVR Pictures is handling it’s release and distribution. Do you want to experience How the future of Earth was decided? Then this is the movie which you shouldn’t miss.