by Anupam Chaturvedi 3 years ago3 years ago
3.4kviews
84

Although people across the country are crying because of the skyrocket increasing price of Onion. There is a section of people who are benefitting from the price increase in Onions. At the beginning of the year, farmers were throwing onion on the roads because of their low prices.

Now, when the rate of onions is on the higher end, these farmers are feeling bad. However, there are some farmers who are getting benefits from the same! 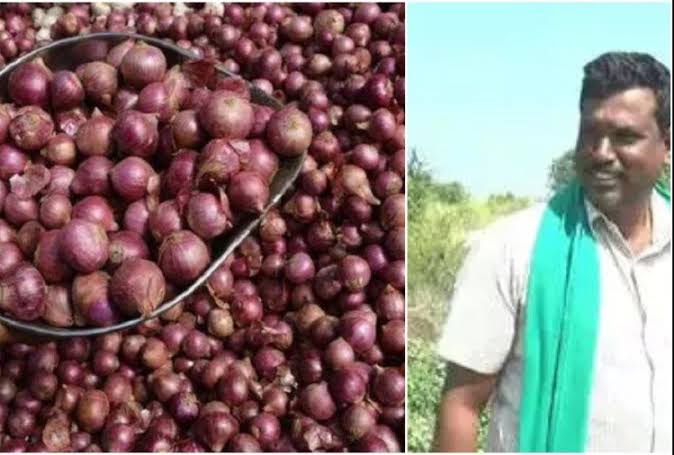 Mallikarjuna, the fortunate farmer lives in the Doddasiddavvanahalli in Chitradurga district of the Karnataka State. A couple of months, he was into high debt! However, because of the onion price rise, he not only got rid of his debt but also became a crorepati!

“I would have got caught in a bad debt if the crop had failed or the prices have crashed. But, the onions have changed the fortune of my family for now.”

In order to get a good crop yield, he invested 15 Lakhs rupees for onions. He was hoping to make profit of 5-10 Lakhs. However, he got far more!

Mallikarjuna said about this incident,

“I have cleared my debt and I am planning to build a house. I want to buy more land to expand the agricultural work in the coming years.”

Last year, his profit was 5 Lakhs after selling his entire crop. This year, when he started selling his crop, the rates were Rs. 7000/quintal. However, in a few days, it touched Rs. 12000/quintal.

This way was tough though for Mallikarjuna and his family members. In order to protect their crops from onion thieves, they had to guard their crops on a routine basis!