by Anupam Chaturvedi 3 years ago3 years ago
2.2kviews
93

Entire world is facing a lot of issues because of Global Warming. Hence, from time to time people have to raise their voice against deforestation in order to protect the environment. Chipko Movement is one such famous initiative of the same. Here, we are talking about one such person Paragdutt Mishra from Gonda, Uttar Pradesh!

“Forest are drastically being damaged in the name of development and road extension. Villagers have no knowledge about climate change and ecological balance. But pictures of gods and goddesses on trees are successfully deterring people, who believe in god, from cutting them.” 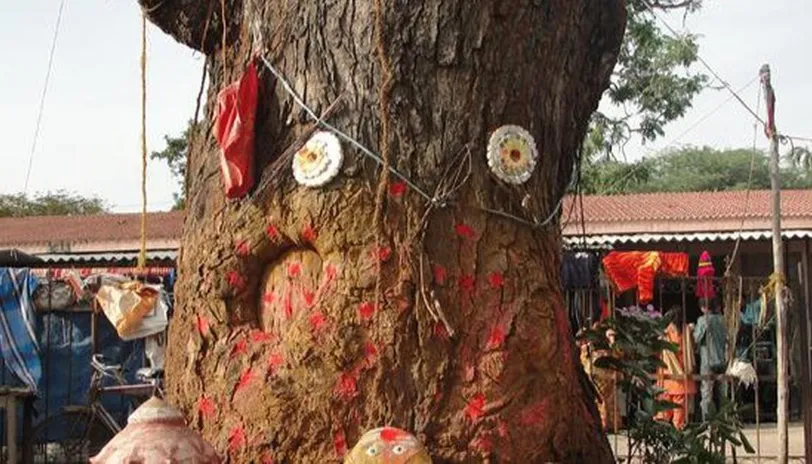 Mishra carves out the image of Gods on the trunk of trees and paints them with vermillion. After this, the people started praying the trees, instead of cutting them! The cost of carving and painting the trees comes to around approximately Rs. 200/- which Mishra pays from his own pocket.

It is noteworthy that Mr. Sarpanch always carries paint, brush, tools and vermilion with him. Many times, Mishraji himself sits on the side of the road and carries out the entire carving and painting of the trees!

“The forest was towards the end at our panchayat following the blind cutting of trees. But my trick worked and now we are blessed with nature. Almost all trees have been cut down that we planted after I became ‘Pradhan’ last time. It was a heavy loss, now taking help from almighty is proving beneficial.”

The population of Nagwa Panchayat is around 8000. However, on the other hand, the number of trees has reached 10000. People were cutting them, hence Mishra started this campaign which is proving beneficial to the entire village!

Kudos to Mr. Mishra for his efforts!