Diwali time is here and so this photo is again doing rounds on social media like every year with the same old caption “NASA satellite image of India on Diwali night”. 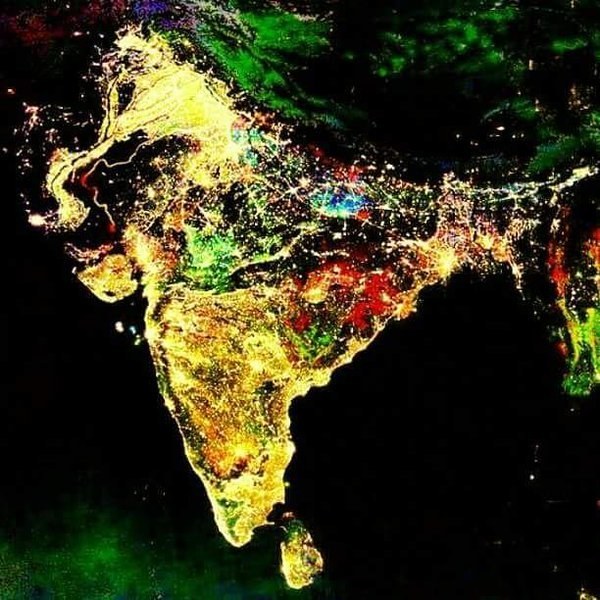 Well, to make thing clear this is not image of India on diwali night. This image was taken by scientist Chris Elvidge in 2013 with the different colours highlighting India’s population growth over time..

Despite making it clear with everyone on the social media that this is not how India looks during Diwali, People are sharing this image again and again every year.

NASA’s satellite image of india in the evening during the festive holiday of diwali: the celebration of lights. pic.twitter.com/2lTMHiacAO

Even celebrities are spreading this fake news.

If you look at the image carefully, Srilanka is also Brightly lit. If this was an image of Diwali, That would not happen.