Heavy rain in Mumbai and its connecting area for almost 24 hours due to Ochki cyclone. The climatological office says it will continue at least till midnight, until the hurricane will lose much of its intensity and will settle over Gulf of Khambhat near Surat, due to depression. 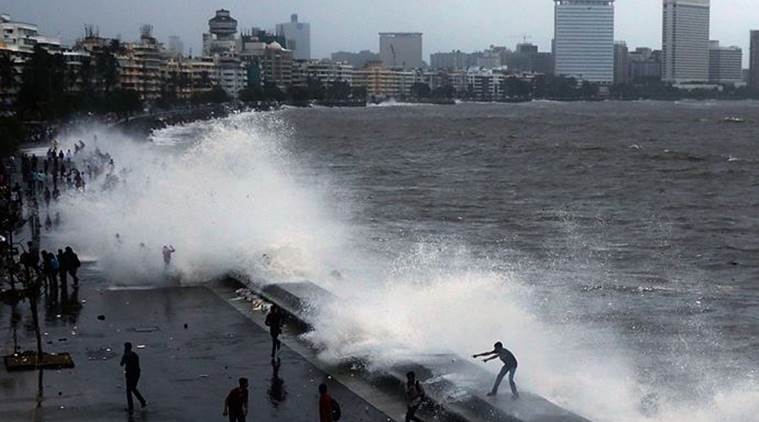 Due to cyclone 39 people have died, beaches will become deserted, schools in parts of Maharashtra have been shut, 92 fishermen are still missing, and election rallies in Gujarat canceled and  Prime Minister Narendra Modi said department been continuously monitoring the situation.

1) In a recent tweet, Prime Minister Narendra Modi has appealed to BJP workers in Gujarat to help people of the state. He tweeted “With Cyclone Ockhi expected to make a landfall in Gujarat, I appeal to @BJP4Gujarat Karyakartas to focus on helping people across the state. Our Karyakartas should devote themselves to providing all possible assistance and stand shoulder to shoulder with fellow citizens.”

2) Schools in Mumbai and seaside districts of Thane, Sindhudurg, Palghar, Raigad, and Ratnagiri have closed as a safeguard.

3) There has been informed of a hailstorm in parts of the Mumbai-Pune Expressway. The Western Railways has arranged special staffs for crowd management in case of an emergency.

4)The disaster management unit, Mumbai has also recommended people do not visit beaches and ask fisherman do not go into the sea because of high tide alert issued till tomorrow morning. Coast guard is ready to meet any emergency requirements.

5) All the Election rallies addressed by PM Modi, BJP chief Amit Shah and others are postponed following rain and high winds. PM Modi held a rally by tomorrow at Surat. Congress VP Rahul Gandhi’s chopper cannot land in Morbi and hence following rallies at Dhrangadhra and Surendranagar were canceled.

6) Cyclone Ockhi, which injured parts of Kerala, Tamil Nadu, and Lakshadweep islands, is now 390 km away from Surat.

7) “People have been advised not to go out at night. Those living in kuchha houses will be given shelter,” said Gujarat’s District Magistrate Mahendra Patel.

9) “Operation Synergy” save 252 fishermen to safety.

10) Gujarat is likely to experience a wet atmosphere during the next four days, according to the IMD. They said, “Heavy rainfall might occur in Valsad, Surat, Navsari, Bharuch, Dang, Tapi, Amreli, Gir-Somnath and Bhavnagar districts on December 5.