The India Meteorological Department (IMD) on Monday said that the south-east and adjoining east-central Arabian Sea and Lakshadweep area has concentrated into a depression. It is located about 690 km south-southwest of Mumbai, 370 kilometers (km) southwest of Panjim, and 920 km south-south-west of Surat. It is said that the depression is likely to intensify over the next 12 hours into a deep depression and it is expected that a severe cyclonic storm called Nisarga to hit by Wednesday. 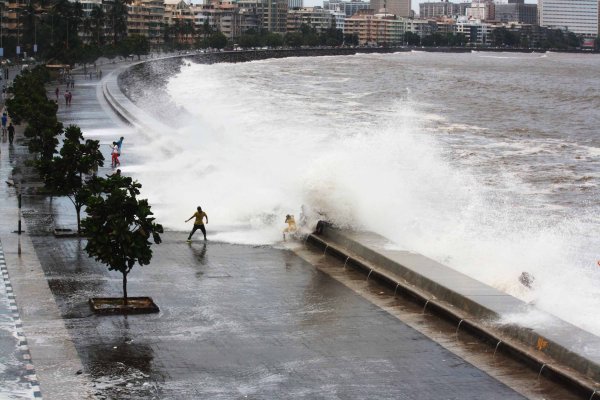 The cyclone track which is issued by the Meteorological department has shown that Nisarga is expected to cross very close from the coast of Mumbai and Maharashtra and Gujarat are on pre-cyclone alert as it is expected that these states will receive extremely heavy rainfall on Wednesday and Thursday.

It is expected that Nisarga will move towards northwards till Tuesday morning (2nd June 2020) and the take a recurve north-north wards and cross coasts of South Gujarat and North Maharashtra. between the union territory of Daman and Harihareshwar on Wednesday (3rd June 2020) onwards. They cyclonic story is expected to move at a speed of 105 kmph to 115 kmph and will boost up to 125 kmph. It is expected that Konkan, Goa, and parts of Gujarat and Maharashtra will receive extremely heavy rains till Thursday (4th May 2020), According to reports by IMD.