Arnab Goswami the India’s most influential news reporter has resigned from Times Now. He was the editor-in-chief of Times Now. This means no Newshour debates with Arnab Goswami.

Arnab Goswami joined Times Now in 2007 and brought the channel to the top. Just because of Arnab people of India switched on Newshour Debate every day for one hour. We can say he was the best in the business who was able to pull millions of people and get their opinion.

From India’s Surgical Strike on Pakistan to Tanmay Bhat’s Snapchat video, It was only Arnab Goswami’s show where whole India joined in for the News Hour Debate. 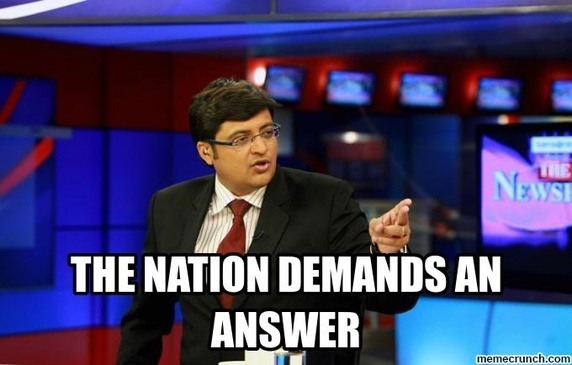 Arnab announced his resignisation from Times Now at a board meeting. Arnab told his team he will start his own thing once he is done with all the exit formalities.

Multiple sources from within the organization have confirmed Arnab’s exit. Arnab will continue to be on national television and according to sources he might start his own channel from his own funds.