Written by Shalini Published on September 18, 2022

Meet this weird, teenager who supposedly was taken into custody by the police for reportedly inappropriately stealing a bus to meet his girlfriend. The teenager who is 15-year-old lives in the Siddamulla area in Mattegoda, a town in Western Province, Sri Lanka.

According to the reports, he stole the bus from the Piliyandala bus depot at the time when the group of bus drivers who were deployed there were watching the finals of the Asia Cup 2022 together.

This group of drivers had reached and parked their respective buses at the depot and went off to take some food and watch the cricket match together at a different place. When the drivers came back after watching the match, one among them knew that his bus was not there and thereafter informed the Piliyandala Police. The 15-year-old boy drove the empty bus with no lights on and with such force and speed that the back door flew open while the police were chasing the bus.

The alarm was first raised around 9:45 pm after locals complained about a school bus weaving in and out of traffic in the area. The teenager switched back and forth from each side of the road, even into the area’s traffic and onto nearby grass.  At one point the boy is seen looking back through the open back door to peer at the police officer following him. 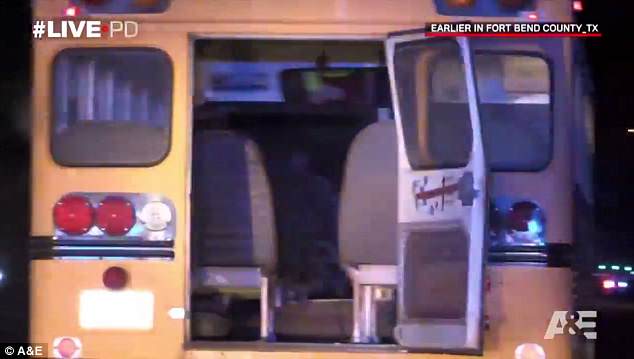 “The bus is refusing to stop, diving with no lights on. It looks to be like he’s a young white male, possibly 16 years old. Now I and other deputies have pursued him,” a police officer said on the tape.

‘Watch out, he’s swerving all over the road. Smoke coming from the bus, not sure what it is,’ another one reported.

The bus swerved onto the grass and crashed leaving massive tire marks. The police officers deployed at the checkpoint near the Kesbewa – Piliyandala junction surrounded the bus and took the teenager into custody. The teenager had to be removed via the driver’s side window as the doors were locked. 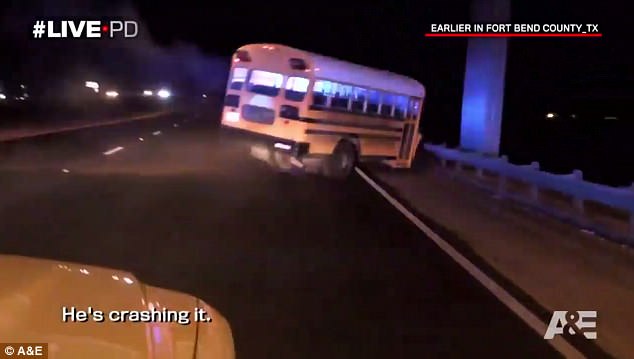 The 15-year-old was wearing a neon yellow top and red shorts and was then pinned to the ground and handcuffed by the officers. At the time of the interrogations, the teenager said that he stole the bus to meet his girlfriend. He was the only one on the bus and thankfully no one was injured in the incident. 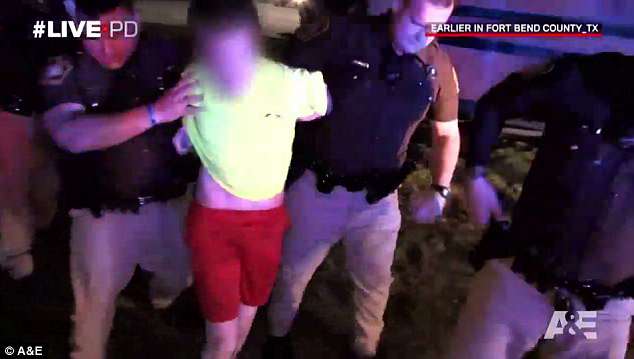 The boy informed that he was supposed to meet his girlfriend at around 8 pm in Moragahahena but he realised that none of the buses was operating when he reached the bus depot. He then went through all the buses parked there and fled away with one that had the key in its ignition.

When police investigated the matter more, they discovered that this 15 years old teenager had done the same thing a year ago when he stole a bus to see his girlfriend and got arrested near Homagama.