Written by Shalini Published on September 17, 2022

The internet and especially non-cat owners are always going on about how clever and cunning cats are. But what they forget sometimes is that cats just, like us, are more than capable of being a bit of a goofball from time to time. And believe me when it does happen, their dramatic personalities make it even more hilarious.

We have often seen cats do crazy things off and on camera. Again we came across one of the incidents which went viral on social media.

In the middle of the conversation between the Sports analyst, Huseyin Ozkok, and the anchor, a cat came out of nowhere on the camera and slapped Huseyin on the back of his head, leaving both of them in amusement. To this incident, anchorwomen asked in fun, ‘Did you bring your cat?’.

Naturally, the whole incident took place on the internet, shared widely among cat lovers. The comments on the post were more fun to read. A user said, “Cat gotta keep him humble.” Another commented “He said pause this or get the paws I’m hungry,” another added, “Cat was like ‘where’s my food Hooman?’ You disobey me again and I’ll do worse!” 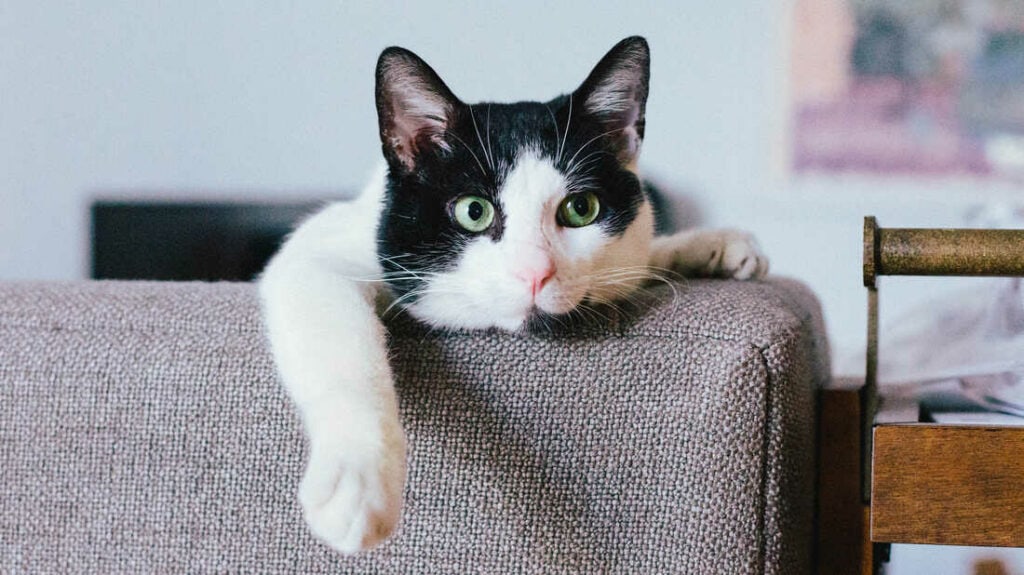 Still, we don’t know who permitted cats to be this hilarious and silly but we are sure glad they did.