Yet again Indian Prime Minister Narendra Modi is all over the internet and his US visit has gone viral on internet. Many countries including Pakistan had an eye on Modi’s tour to U.S, especially his visit to Silicon Valley to meet top CEO’s of the world which included Mark Zuckerberg(CEO – Facebook), Tim Cook (CEO of APPLE), Sundar Pichai (CEO – Google) and Satya Nadella (CEO of Microsoft).

Modi visited the Facebook headquarters in the evening where he had to answer couple of questions asked by Mark Zuckerberg & Other people in the crowd at Townhall in a Q&A Session. 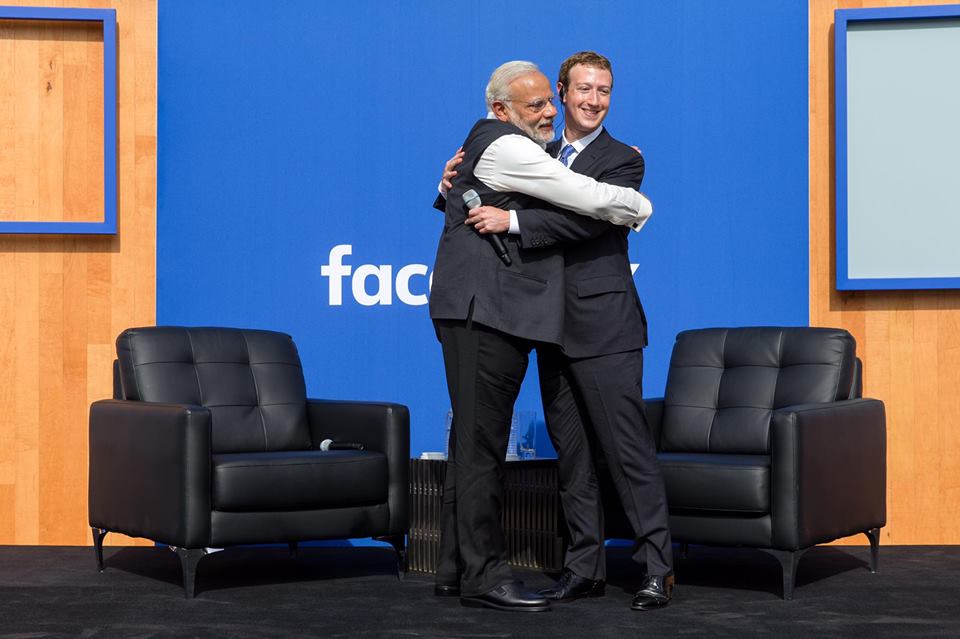 Here Modi answered few questions about Infrastructure facilities and Business developments in india. He also gave a reason as to why it takes time for reforms. He also spoke about future developments and plans.  He even spoke about how women are playing an important role now a days. Mark Zuckerberg’s question PM Modi about importance of Mother and Family, Modi got a little emotional and said “His mother has gone trough difficult times and managed to feed him and give him the life.

If you had missed this Q&A session between Modi and Mark Zuckerberg then don’t worry we have a list of  important quotes given by Modi during the session.

1) It is being believed that the 21st century is India’s century.

2) We have 3 D’s, Demographic division, Democracy, Demand & I have added a new D to the list.. Deregularization, We donot want to interfere in Businesses

3) It is 28th September in India. It is the birth anniversary of the brave son of India, Bhagat Singh. I bow down to him.

4) We are harbingers of peace. We come from the land of Gandhi and Buddha.

5) E-governance is effective governance — easy and most dependable.

6) Today in the entire world, India has a new identity, a new image. The old image has been forced down.

7) It takes very little time to turn a scooter, but if you want to turn a Train, then you must wait, it takes time ( when questioned about slow Reform)

9) Today in the entire world, India has a new identity, a new image. The old image has been forced down.

10) Good Governance is possible only through interacting with people through social media, which provides us real time information