Written by Rohan Pandya Published on May 1, 2017

As expected Baahubali 2 has becoming a super hit movie and people from all over the world are praising the VFX effects in the movie and also appreciating the hard work put in by the star cast of the movie. Baahubali 2 has been released in 9000 screens and aims to do business of 1000 crore rs. Well we are sure that this is the first movie to enter the 1000 crore bench mark.

The hard work by star  cast was already seen in the first part of Baahubali and as expected they have put in super efforts to make the second part a success, But do u know how much salary all the stars to Baahubali 2 have charged ? Check it out below. 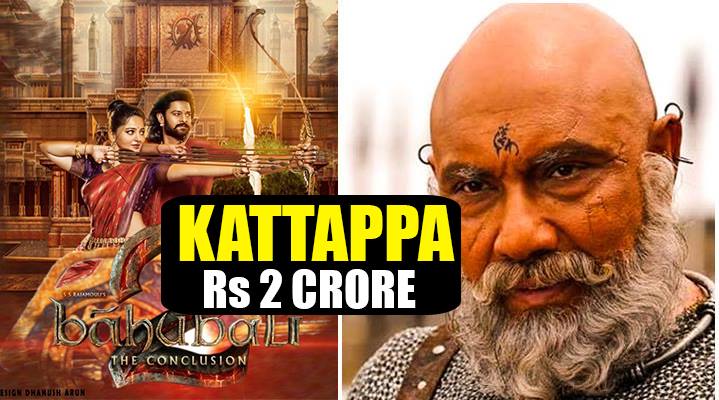 1) The role of Kattappa was played by Sathyaraj who played a major part in the movie. Kattappa charged a whooping 2 crore rupees for Baahubali part 2.

2) The role of Sivagami was played by Ramya Krishna who charged Rs 2.5 crores for her role.

4) Tamannah Bhatia who has played the character of Avantika, Mahendra Baahubali’s lover has charged a whooping Rs 5 crore.

5) We all know that the role of Bhallala Dev was played by Rana Daggubati, who has charged Rs 15 crore for his esteemed role.

6) The most dedicated and hardworking role was played by Prabhas who is the lead actor in the movie and played the role of Baahubali has charged a whooping Rs 25 crores.