by Rohan Pandya 3 years ago3 years ago
6kviews
72

What is the best way to enter a discrete and secret area?Of course, by being in a group of 1.3 million people, on the same day, together. This is the unity we needed during world wars, not at Area 51.

On June 27, there was a mysterious Facebook event that surfaced as the “storm” at Area 51. Which went on the read as “We will all meet up at the Area 51 Alien Centre tourist attraction and coordinate our entry,”. The event was dated for September 20, Friday. Well, unlike many other failed Facebook events like a friends reunion, trip to Goa or bachelors party at Las Vegas, this reached out to 1.7 million people in no time out of which about 1.3 million seem to be the promising participant for the event which is honestly very scary at many levels. It is alarming for the safety of the millions of people as well as the safety of the country. 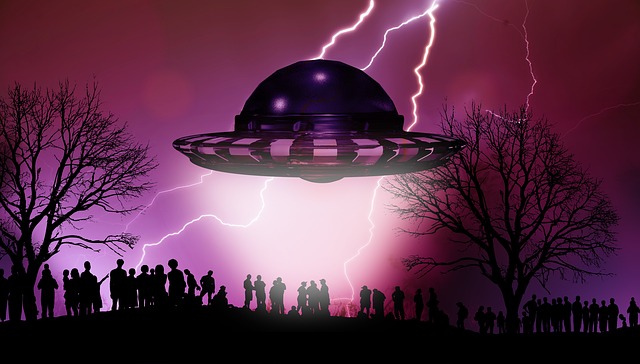 Talking of safety, in case you did not know what area 51 actually is, it is the high-security army/military base at Nevada, USA. Area 51 is the common name for United States Air Force. It is located within the Nevada Test and Training Range named after the salt flat; the facility is called groom lake which is situated to its airfield. It is said to be an open training range, though operations are not mainly publicly known. Just for the knowledge, it supports the development and testing of experimental aircraft and weapons

When was the last time you took something seriously?Your education? Your career? The state elections? Alarming climatic changes? Or even your life? As you think, to which answer you could answer a yes, I would like to present the data that over a million people from all around the world are serious about raiding Area 51. The last time you probably took a joke seriously was when your elder sibling told you that you are adopted. But guess what. That was a harmless joke, unlike this one. This so-called joke stirred the US government and even the armed forces who don’t seem to have a good sense of humour it as their profession suggests they have to take any minute action which could affect the government very seriously.

Going through the past events that have occurred at area 51, to give us a brief idea of the “alien activity” taking place there for over the years.

So as it is seen, the event at this secret, high-security military area took a drastic and terrifying turn.

Now, even before this joke began, people have tried to go to this area out of curiosity. People have gone on record and said, there are cameras everywhere (obviously). About a few miles into the Nevada desert, there are high range shooter pointing at the gates(probably) so if you just take a not so suspicious troll near it, completely light-hearted, without too much planning, you can save your life as well as get some chills down your back (from the whole military experience) .If you head there to “raid” or trespass, be sure that you have completed your last wish before because you will either be shot or detained under the gruelling US police.

Overall, even Elon Musk wouldn’t go there to search for Aliens, so why are a million people into it is a good question. It is a high-security dangerous place under the military and Air Force, so people are not allowed to enter it. It all came under like a month ago because fo an event on Facebook which started as a joke, so it is a request to all readers not to take it seriously. Anyone who found this “light-hearted” joke funny, if you attempt anything like this, your life will become a joke, so as a well-wisher. We should not interfere in the military expeditions of any country and respect the work going on those areas because it is not easy to work in house terrains and conditions in a town of just 40 people