A 70-year-old man was fired by a pork company for farting too much in office in the US state of Pennsylvania. Richard Clem, a former comptroller for Case Pork Roll Company was given the pink slip after he could not control flatulence after undergoing a gastric bypass surgery in 2010 and his symptoms of “extreme gas and uncontrollable diarrhoea” even worsened in the year 2013. The company is based in Trenton New Jersey.

“I think it’s disgusting. This is all very embarrassing. The fact is that I was a loyal and trusted employee for 10 years,” “It was very dangerous. More than once, I’m arriving for work and I’m up the steps and into the bathroom right away. You don’t hold it in. You don’t do it. You’re not going to make it. I always kept a change of clothes at work just in case,”  Clem said in a media interview. 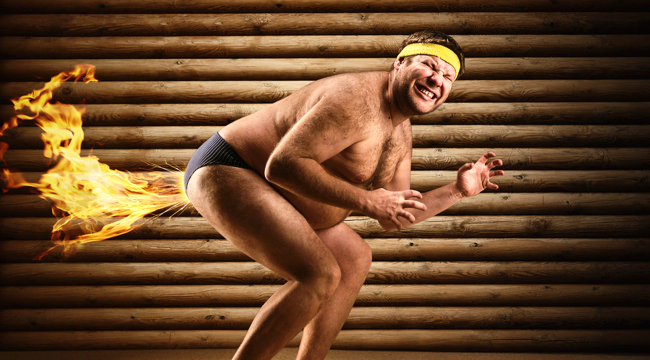 Clem used to be 190-kilogramme but now has reduced his weight to 136 kilogrammes and he tries to control his gas through medication. He was forced to work from home because of his gas problem and his wife Louann was an administrative assistant to him but she also left the company the same day when her husband was given a pink slip. The reason for leaving her job was because of discrimination and harassment her husband was facing.

Clients who visited the office could not bear the odour of the fart which used to come from Clem. He feels that finding a new job is going to be difficult for him because of his reputation for farting. Who wants to hire a fart boy?” Clem said.