15th April 2017, when Facebook and Twitter were trending with a strange hashtag #BoycottSnapchat in India. Everyone is uninstalling Snapchat and rating them 1 star on play store. Snapchat is a social networking app, where a user posts photo stories which lasts for 24 hours only, similar to Instagram, WhatsApp and Facebook stories. Here are the things you already know- 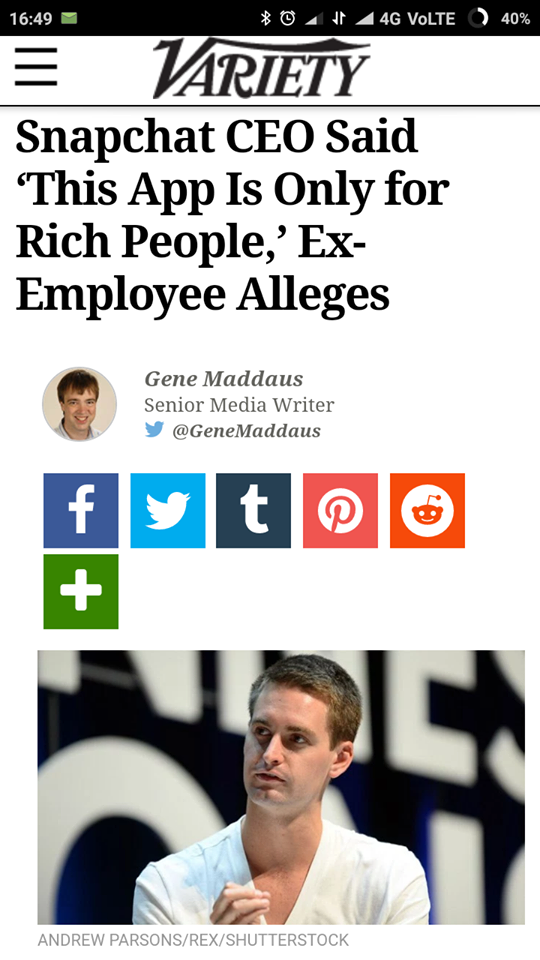 1. Evan Spiegel, The CEO of Snapchat said, “This app is for rich people, I do not want to expand in poor countries like India & Spain.”

2. 4 million of Snaps are uploaded daily in India, so how can we be poor. We were giving them good business right?

3. Trend #BoycottSnapchat, Uninstall it, rate them 1 star and show Evan what it means to speak anything against India.

Actually you knew only 1. 2 & 3 were conclusions drawn by us only. Now read what you didn’t knew.

1. The statement is not yet confirmed from Evan. It is been quoted by an Ex-employee of Snapchat Anthony Pompliano, who is been hired by Facebook as of now. 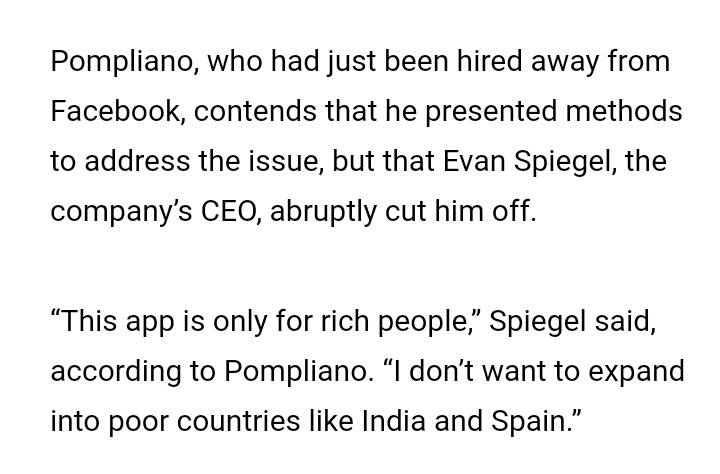 2. Pompliano claimed in a law suite that he was giving expansion plans in a meeting for slow growth of Snapchat in countries like India from the reports of 2015.

3. This statement is from 2015. How many of you were really aware of this app that year?

4. The website sharing this article clearly mentioned in their last paragraph that the attorney of Pompliano is expecting all the claims to be truth, i.e. he still has to prove these alligations. But hey, we live in India and why we will read till last to make our judgements. 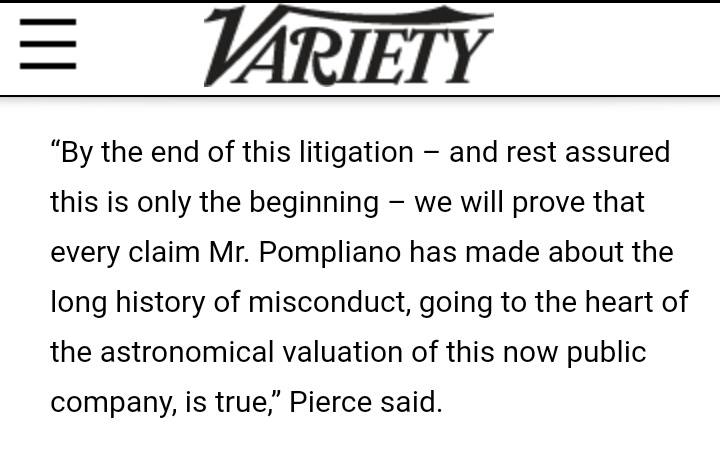 5. Pompliano was previously working with Facebook and he was fired immidiately after two presentations in 3 weeks as he reported that Snapchat is hiking the consumer data for luring new investors. And Snapchat found Pompliano to looking into some deep matters where their trade secrets were at risk to bring competition.

I have one simple Question, why did we got soo much offended?

We ranked 122 in per capita income globally, 131 in Human Development index. Then why are we acting like we are the richest country in the world where business is blooming like anything? Moreover Digital media advertisements have never shown a consistent growth rate in our country so why will anyone pay their first priority to India? Lets assume you own a small business, you earn ₹10 from market A while ₹100 from market B, which will be your first priority?  So is Snapchat, he is a businessman and he said this in a private meeting and there are a lot more who treat any slow growth company like this.

All we do if follow market trends and just bash anyone which says anything ill about us. Does that make sense? Two days back no one was even aware of this name Evan Spiegel and now since your fellow mates are saying uninstall his app so you have to do cuz you are not an anti-national. There is always a thin line between being jingoistic and nationalist and people always cross that and everything sells on the name of Patriotism. Why?

This unnecessary agitation itself created problem. Watching the condition now Evan will never accept that he said even if he said such statement. We could have some patience and let some official statement release before making our judgements. And some blind people are rating Snapdeal 1 star instead of Snapchat, now which country is losing it’s own respect? That’s how we treat business in India. And now you know why Spotify is still not in India.

I know a lot of people will call me ‘Anti National’ after reading this, but seriously? I talk on facts not what others do. And I will not uninstall Snapchat till I wish to.

I accept this types of statements are not acceptable from an entrepreneur for any market, but let him work in his developed market. We should rather focus on our market growth first so that such statements are not even thought by anyone further. Let’s not get offended and start acting like a kid.

Recall the childhood days when someone used to say anything to the boy who had cricket bat and then he used to close the match and go home.

Be mature guys, be a nationalist not Jingoist!!

Have anything to say to me, here are my link’s-

Snapchat CEO Said ‘This App Is Only for Rich People,’ Ex-Employee Alleges

Here is the law suit copy: