Not only the Punjabi men are strong and have a good build, but so are the women of Punjab. If you’re told not to mess with a Punjabi, then DO NOT mess with a Punjabi. You can trust them to put you in your place even before you try to act smart. 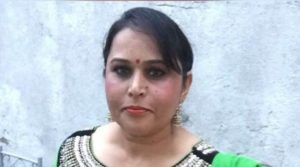 Karamjit Sangha, a 49 year old lady who owns a News and Booze store in UK, was having her tea time when a robber came up to her with a seven-inch knife and threatened her to give her money. Karamjit not only not give him any money, but also scared the robber away.

The robber Stuart Gleeson, ambushed her while she was having her tea, and that was a mistake! Sangha asked him to wait till she finishes her tea and then here’s what she did.

“I was just sitting there having my cup of tea when he came in holding this seven-inch kitchen knife. He told me to give him all the money, but I was relaxed. I told him I was having a cup of tea. He demanded I put it down and give him the money. I said ‘OK’ and picked up the craft knife and waved it at him. I wouldn’t have hurt him, but it was enough to scare him. He started shaking and then he ran off,” she told Express.co.uk.

The guy was sentenced to five years of jail on account of robbery and possession of a knife.

Sangha was as calm as she could be. She said she doesn’t want people to feel sorry for her but for the robber, as he got scared easy. This is why they say, don’t mess with a Punjabi. They not only have strong physique but also strong and sharp minds.