Principal Seymour Skinner is characterized as Pathetic. It’s Skinner’s reaction image from an episode of “Bart the Genius.” This project began in 2004. People are becoming more interested in seeing the pitiful meme as it becomes more popular. This meme has also gotten a lot of attention on social media. This Pathetic memes is the most popular on Reddit.

In the reaction images, Skinner is either significantly redrawn or placed in a different situation. A brief description is given, and the photograph is displayed with the text “Pathetic” underneath it. The image is from “Bart the Genius,” a Season 1 episode of The Simpsons. In this episode, Principal Skinner learns that Bart has been vandalizing the school’s side, which causes him to stare.

Skinner does not use the word “Pathetic” in the episode, instead opting for a downward gaze.

So, we have decided to share the best pathetic memes with you. 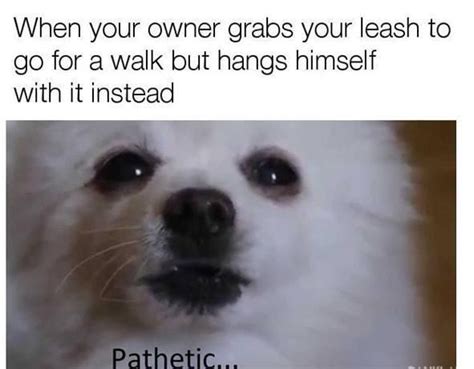 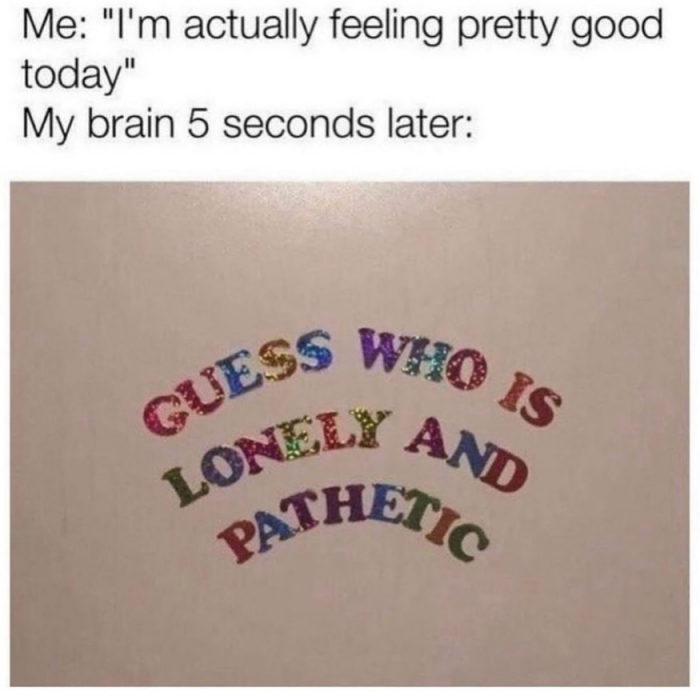 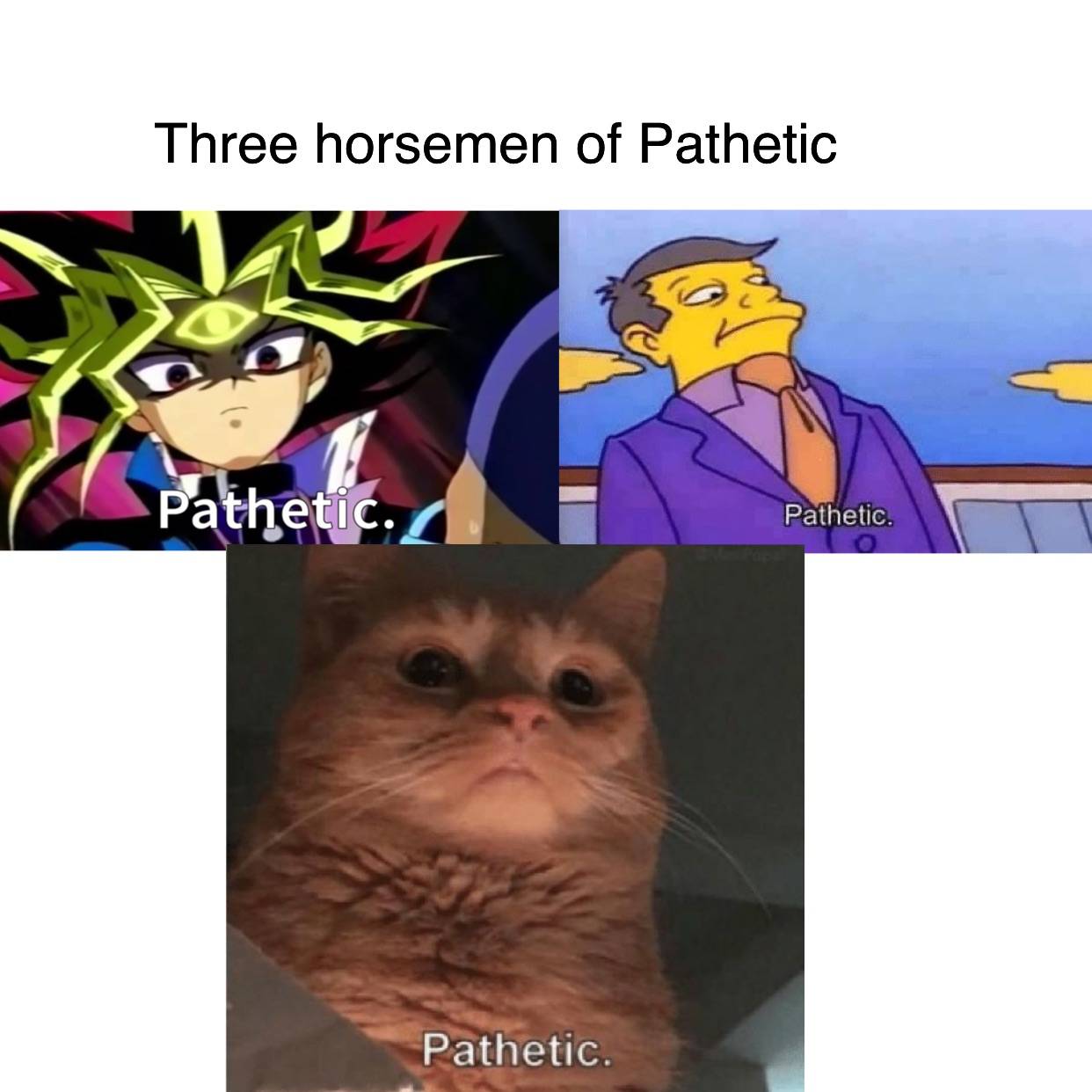 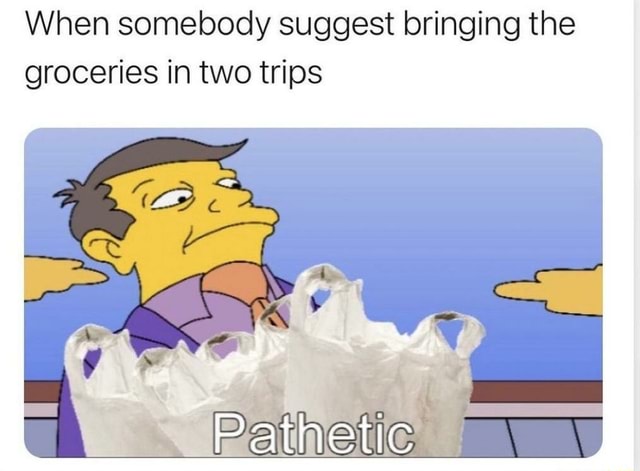 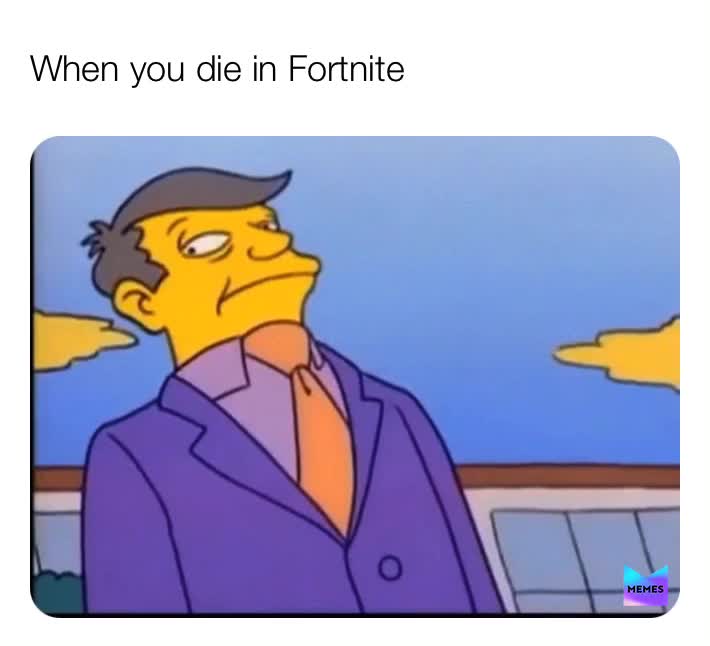 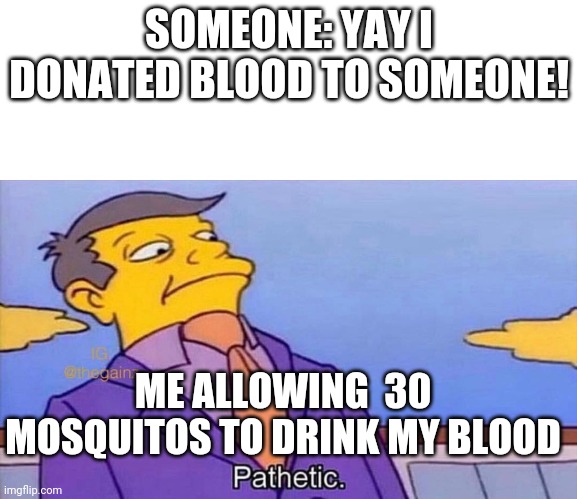 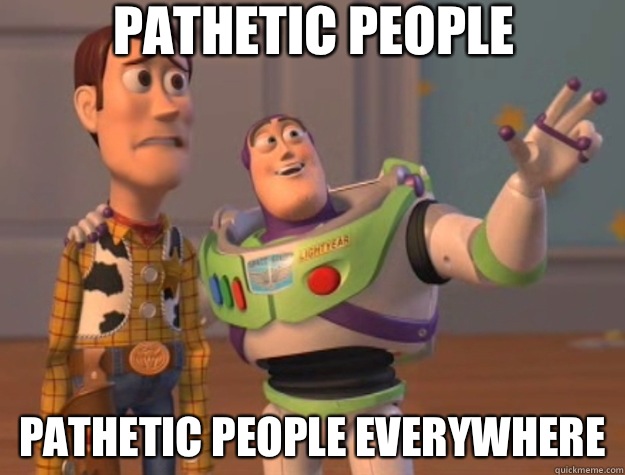 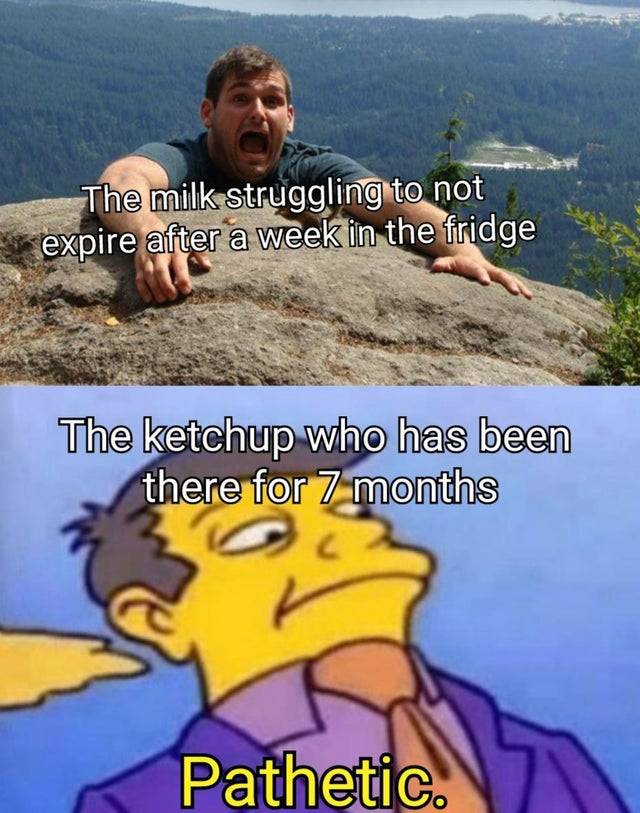 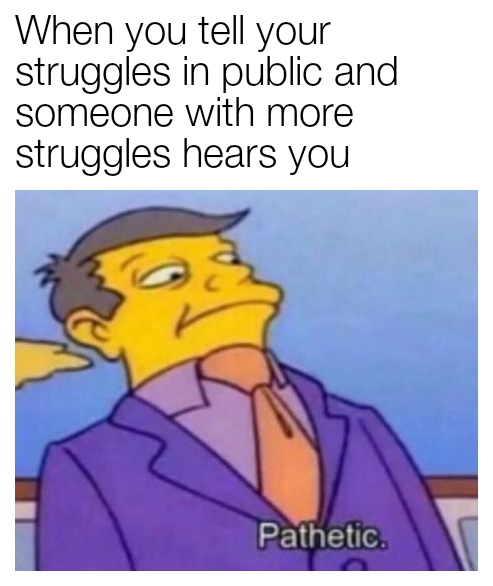 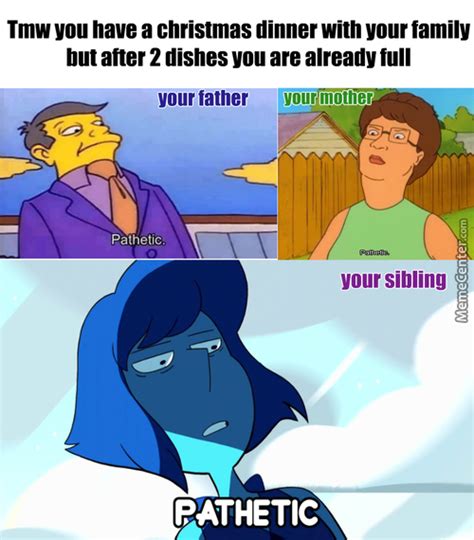 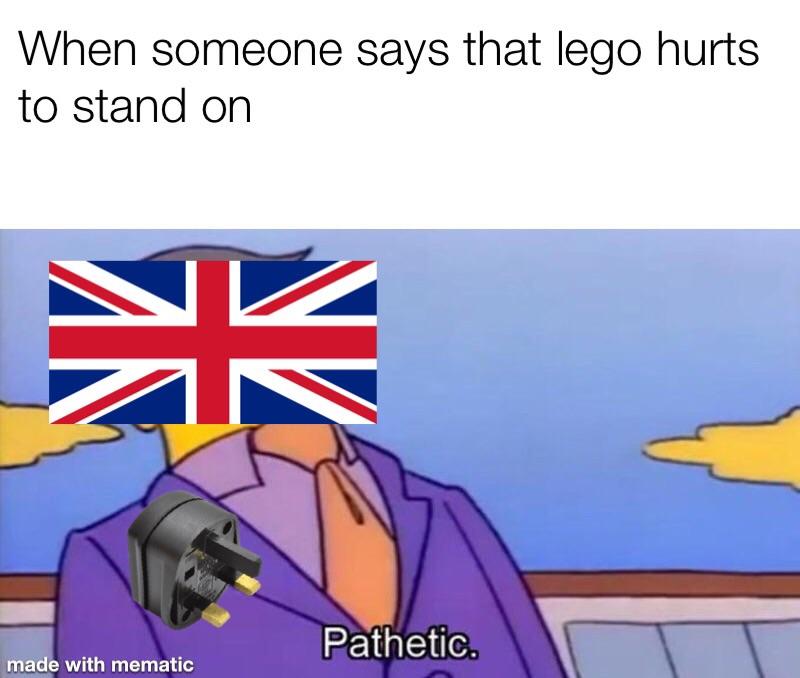 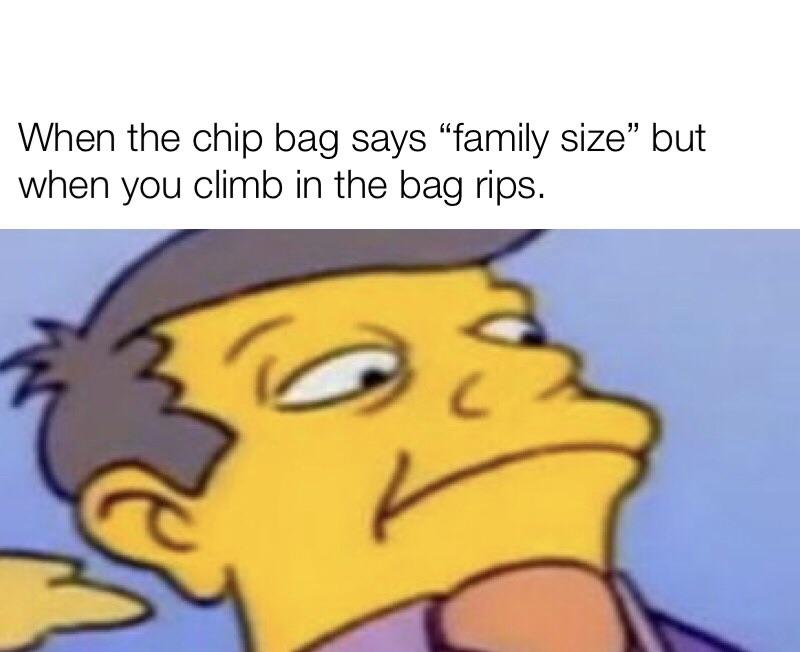 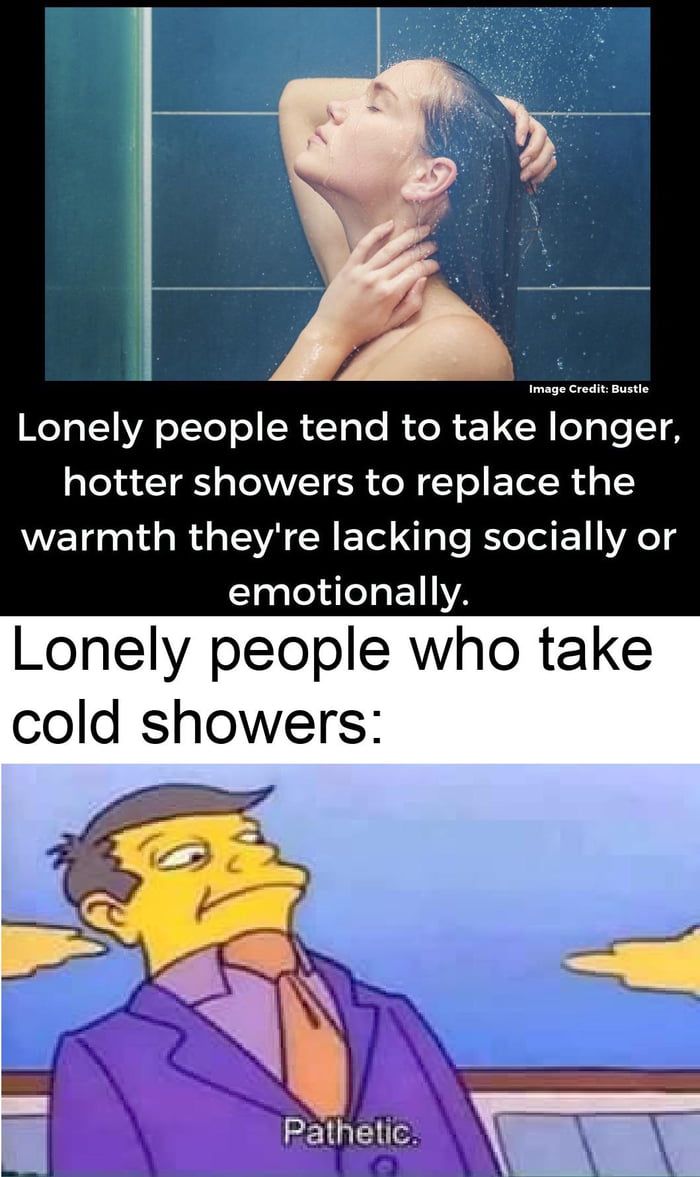 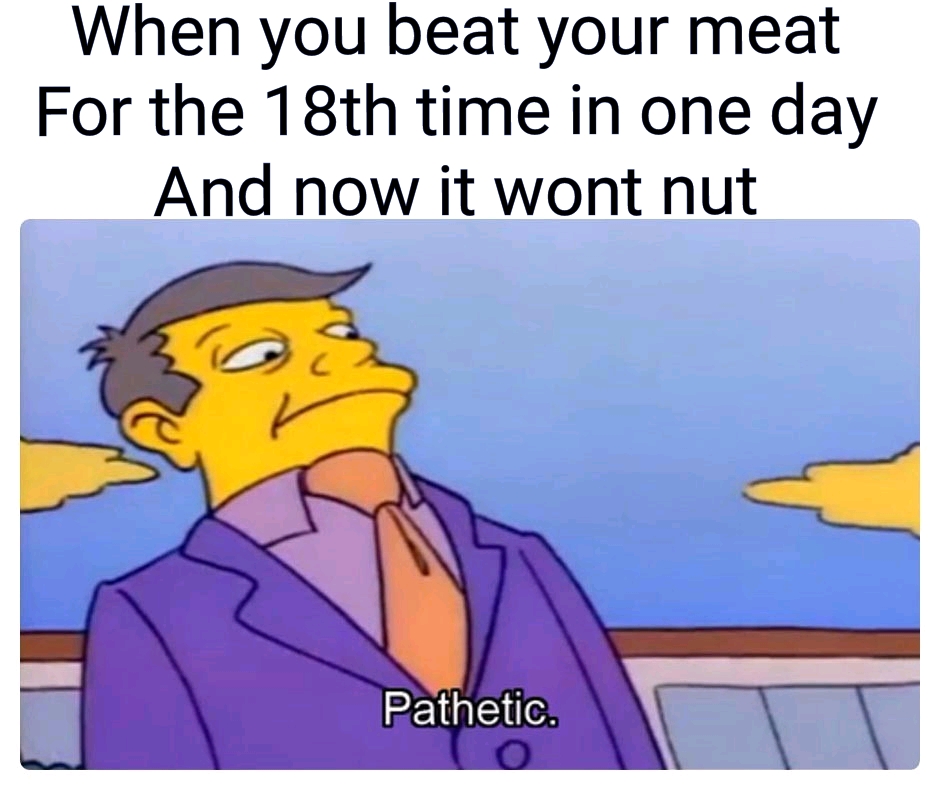 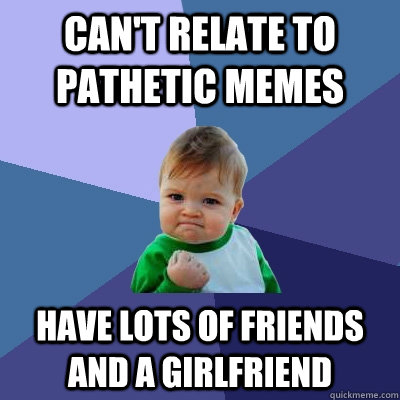 1) Kim Yo-Jong is most likely in the hospital, staring down at her brother, who is in a coma, and thinking to herself, “PATHETIC!”

2) When Thanos begins to cry after throwing his child off a cliff.

4) Pathetic; when a coworker complains about their 10-hour shift.

5) When you are a dog, your owner gets your leash to stroll but instead hangs himself with it.

6) When you believe you’re doing well on a test, then the teacher walks by and examines your paper. Pathetic!

7) When a bird’s chick falls on the ground instead of soaring. Pathetic.

8) Diamond: I am the robust material

The Mario mains are staring at you as you try to recuperate, knowing full well that they’re going for the spike.

11) My forefather seeing me eat Doritos and Milly rock to the Mulan 2 soundtrack at 3 am.

12) When you hear someone complain about how bad their life is because they’ve been single for six months, it’s pathetic.

And there you have all the best pathetic memes! Keep laughing!