by Rohan Pandya 3 years ago3 years ago
12kviews
99

Lots of hope were on MS Dhoni as usual and this time he could not finish the game as he got run out. The game came to the point where India needed 25 runs from 10 balls and if Dhoni would have not been given out then the story would have been a bit different.

Along with Dhoni, Ravindra Jadeja played a superb innings and took the match till the end. India failed to chase the target under pressure and lot the semi finals but a huge controversy has emerged after the game was finished.

The ball on which Dhoni was given out, was actually a no-ball as six fielders were standing outside the 30 yard circle during that time. A maximum of 5 players are only allowed to stand outside the 30 yard during the overs 40 to 50. The umpires did not notice the field placement and no-ball was not given. Actually no one noticed this mistake and everyone know what happened next. 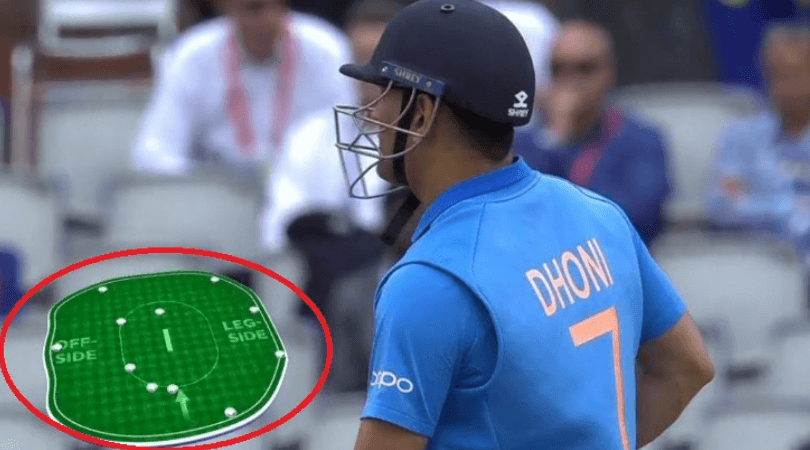 If it was given a no-ball then things would have been different today, May be India would have qualified for the finals and would have won the world cup match.

Fans on Twitter quickly reacted to this issue and felt that if no-ball was given then things might have been different for team India. Fans said if it was given a no-ball Dhoni would have not taken risk to take extra run as the next delivery would be a free hit.

At powerplay 3 I,e after 40ovs only 5 fielder’s are allowed outside 30 yard circle,but it was 6 fielder’s when dhoni faced his last ball,it was a no ball are umpires sleeping at the moment @ICC @cricketworldcup #wewantjustice pic.twitter.com/60QTtXqKSE

Pathetic umpiring . This was No ball , not more than 5 fielders are allowed outside inner circle. #INDvsNZ #noball #Dhoni #Jadeja #TeamIndia #winorloss #hardluck pic.twitter.com/jo5j3zNh8X

After New Zealand scored a total of 239 runs with the help of Kane Williamson scoring 67 and Ross Taylor 74 respectively, New Zealand’s bowlers knocked out Indian batsman and soon India was 5-3 and then every one know the story how Ravindra jadeja scored 75 and took the game till end.

What is your take on this? A big disaster by umpires caused India World Cup final spot.