The domain maxchanzuckerberg.org was sold for just $700 by Amal but he is more excited as Facebook contacted him to buy this domain.  He said “I have registered quite a few domain names and I have been doing it for some time. I registered this domain name when their baby was born last December.” 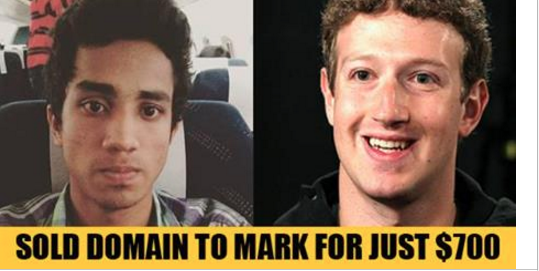 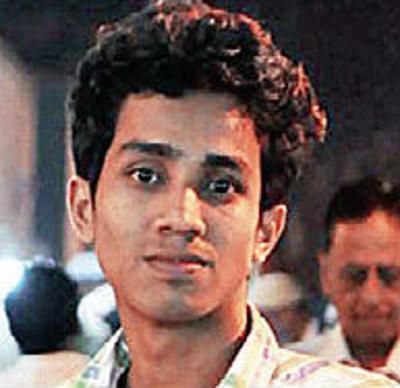 The domain was sold for a very less amount as Facebook has paid millions of dollars in past to acquire domain name. One of the famous domain bought by Facebook was FB.COM which they purchased for $8.5 Million.

Godaddy.com which is an Internet domain registrar and web hosting company approached Amal to sell the domain he owned and he relied by quoting an amount of $700. But the cherry on the cake is that when he closed the deal he was surprised to see that Facebook had purchased the domain from him.

Sara Chapel, manager of Iconic Capital had sent the deal e-mail. Iconic Capital is the same firm which takes care of the financial deals of Mark Zuckerberg. Amal said, “When the letter came officially mentioning the change of registration, I noticed the FB letterhead. But since it’s not legal to negotiate, I just went ahead and closed the deal in seven days “. 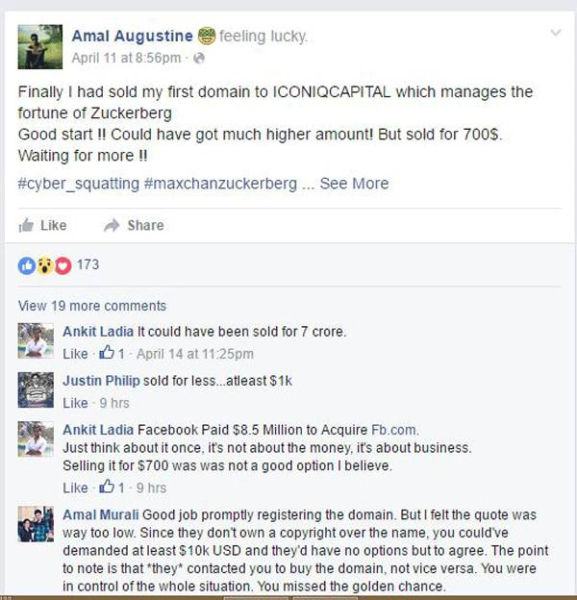 What Amal has done is called cybersquatting. you can sell a domain of trademark registered by you to some organization at a higher price. This process has been done by so many companies in past because big organization or personalities will not like it if you possess the domain of their name.

“Internet squatting is not an illegal process. People register domains of popular names, brands or organisations and later bargain with the owners and eventually sell it back to make money.”

As per indian cyber law cybersquatting is not illegal. So if you want to make big money then buy domain name of big companies and celebrities and wait for their call or e-mail to you and you can ask for whatever price you wish to sell the domain.