The world is really a weird and wonderful place of beauty, laughter and some very mysterious places. The below are the world’s longest place names, but please have a glass of water before you dare to pronouns all these names. After going through the longest place name in the world, you will get to know that how strange this world is, and more of that you will be shocked to know that these kinds of longest city names in the world exist.

Question: What is the Longest Place Name in the World?

Answer: The longest place name in the world is Taumatawhakatangihangakoauauotamateapokaiwhenuakitanatahu. This place-name is 85 letters long and is located at the hill on New Zealand’s North Island. The short name for this place is “Taumata” 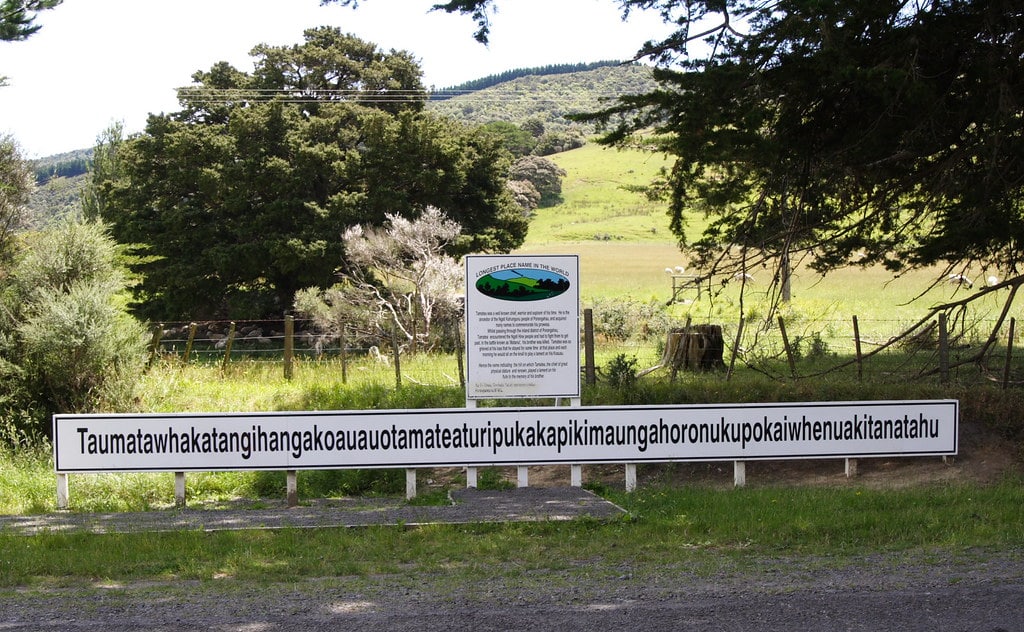 Located near a hill station named Porangahau, this city belongs to the southern Hawke’s Bay that is located in the country New Zealand. In New Zealand, people usually speak the Maori language and it is the same language in which city name is available.

As this name is too long, people gave it the name “Taumata”, so this makes the name pronunciation for the people much easier. Now, you might be wondering that what does this “Taumata” means. So, there was a man who was having big knees and he was known as the climber of mountains and also the slider and he was so talented that he used to play flute from his nose for those people whom he loved. So, there is a place named Tamatea where he used to live and from Tamatea, Taumata got introduced.

Can you try to pronounce this name? Ha-ha, you might be thinking that how stupid I am asking this silly question, right? But we can pronounce it Lain fair? Sounds good! This city is located at the border of the UK & Europe so it belongs to both countries.

The good thing about this place is people from all across the world visit this city to explore its happening nights and other things.

Can you even imagine that a country like the United State can have a city named this? No, right? But it has and this is one of the longest city name in the world. The above name is basically a lake found in Webster, Massachusetts in the United States.

There is a language name as “Algonquian Language” which means “fishing point that’s at the boundaries”. From this language, the name has been introduced and it is considered as one of the longest cities names in the world.

The language spoken in the country South Africa is indeed difficult to speak or understand but this place exists when you walk 200km to the west of city Pretoria. Made up of 44 letters, the meaning of this name is “ a spring where two buffaloes were killed by using only one shot”.

Made up of 39 letters, the above city name which is located in Spain was introduced from the Bosque language. Though in Spain the majority of people speak the Spanish language this language is particularly spoken in the city mentioned in the name. To pronounce it easily, you can call this city by the name “Azpili”.

Australia, a dream country millions of people wish to visit, some for exploring, some for the job and some for just settling down there in Australia. But, have you ever given a thought that this country can have such a big named city? Well, this is true!

Check: Largest Cities in the world

This is not a city name, it is actually the name of a lake that is located in the city of Manitoba, Canada. But because it has such a long name, it belongs to be there in the list of longest city name in the world because we have never seen a lake with such a big name, so this is indeed an amazing thing that we all should know.

Made up of 35 characters, this place in Finland is having the longest name not only in Finland but in entire Europe. The story behind keeping this name is actually funny. There was a man who was working as a pub owner and wanted to register his pub’s name. But because those names were getting rejected due to similarities, the owner got frustrated and decided to keep a name which is difficult to think or pronounce as well. That’s how this name got introduced in Finland.

Wrapup on Longest Place Name in the World

Folks, wrapping up here! I hope you all found it easy to pronounce these names, however, it was quite a difficult task. But yes, these places do exist and you can even visit there easily. All you need to have is the knowledge of how to pronounce these cities or places names correctly.

Longest city Name in the World with your friends and impress them with the knowledge you gain by reading our content. We will be back soon with more such interesting topics, till then keep reading and keep sharing the information with your loved ones.

Remember, life is short, so don’t get serious and enjoy every single moment of your life as they will never be coming back!