Anant Ambani has never been into headlines or chased by any media person till date, he has always been spotted sitting outside the boundaries in IPL along with his mother Nita Ambani. Anant is usually seen chatting or interacting with Mumbai Indians team players and other members. Anant has always been the butt of jokes and has been trolled on twitter millions of times because of his overweight.

Remember this photoshopped picture which went viral on the internet ? 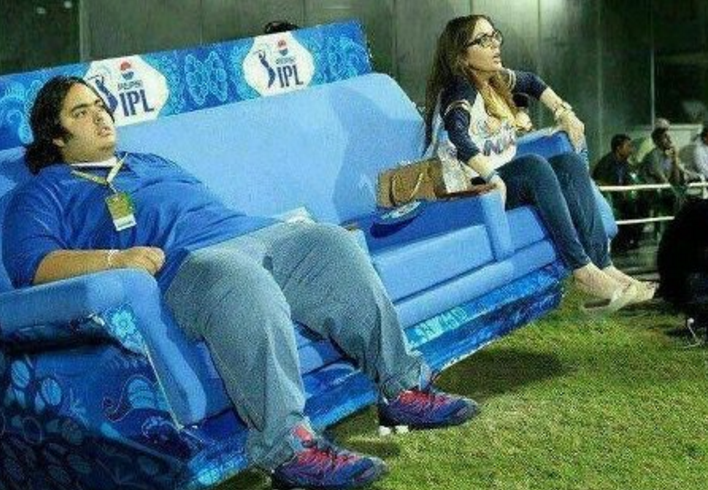 Well it looks Anant has taken the troll quite seriously and probably got inspired by all the criticism that he got due to his weight issue. The Times Of India put out this photo of Anant Ambani and since then it has been going viral on the net. Anant has become talk of the town since today morning.

We have no idea about how Junior Ambani has achieved this massive transformation but some reports suggest it is because of some regorous hardcore workouts.

Anant has reportedly lost around 70 kgs and he has been working out with a US based trainer to loss weight. Past few photos indicated that Junior Ambani was on a weight loss program but this photo by times of india shows the dramatic weight loss by him.

Well no trolls this time, Twitterati were impressed by Anant’s new body transformation !

I want to be bffs with Anant Ambani ?

Congratulations Anant Ambani. You just became the talk of the town again.

Anant Ambani got trolled, worked hard and lost 70kgs. The trolls continue to get fatter sitting on their seats, searching for another victim

Anant Ambani has definitely inspired every one. We must say, Great dedication !