Men love to pamper themselves with small delights, be it a new gadget, a cool outfit, or a trendy piece of jewelry. Accessories, perhaps, make the most contribution to the image of a stylish and masculine guy. What’s cool about jewelry is that you can pick a piece or two to emphasize your individual style whether it is classic, fashion-forward, casual, or informal. If you gravitate towards a relaxed every-day look or vice versa, want to create a hard as nails image, you should look closer at biker rings. With a single burly ring shining on your finger, you will catch admired glimpses at all times and in all places. 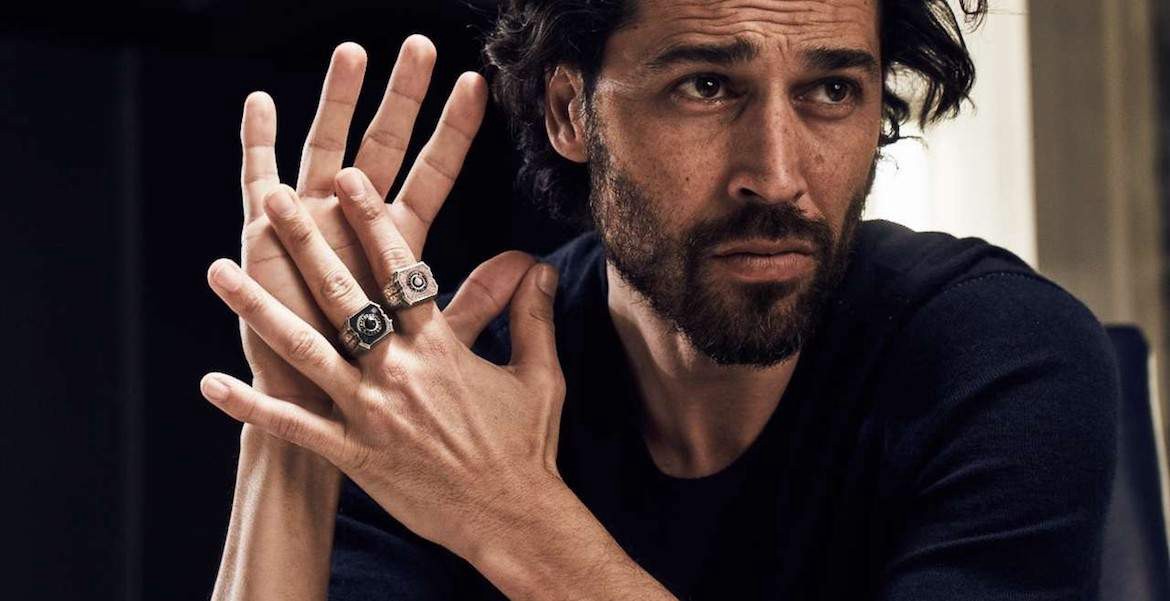 The history of biker rings is quite interesting. Not many people know but these rings occurred before bikers. After the Mexican revolution, the Mexican currency collapsed. It was basically worthless, especially coins. Instead of carrying coins around like deadweight, people learned to use them in a different way. Artisans and silversmiths, for example, started melted them down and mold various souvenirs and jewelry. That happened somewhere in the 1940s.

The formation of the biker movement also occurred in the 40s of the 20th century after the end of the Second World War. Former soldiers returned home but could not find their place in the new society. As an outlet, they began to purchase Harley motorcycles (there were plenty of two-wheelers in the post-war years because the US Army was selling off excess equipment). The southern states, in particular, California, became the home of the first bikers. Going around border towns, bikers spotted massive rings sold by Mexicans. Peculiar designs featuring Aztec warriors, chiefs, scorpions, horseshoes, skulls, together with a low price, made Mexican rings popular among motorcyclists.

It is interesting that original biker rings were slightly different than items we can see in stores now. Since centavros (coins) were made of nickel, silver, and alloys featuring copped, rings had a pronounced yellow hue. With time, bikers moved from yellow-metal jewelry to silver-crafted pieces. First of all, silver was more durable and resilient than nickel alloys. Secondly, it matched shiny motorcycle elements covered with chrome. Thus, modern biker rings managed to retain the design and spirit of old school Mexican rings but upgraded the raw material.

Why Should You Buy a Biker Ring

Motorcyclists did not monopolize sterling silver biker rings so everyone who has the right attitude can rock them. If you don’t know whether to purchase biker jewelry or not, the following arguments will surely convince you that a biker ring is a great investment into your look:

1) They look cool. Just like other biker accessories, these rings are created to grab attention. Stupendous in design, formidable in size, and solid in weight, they will turn heads wherever you go.

2) You can blend them with any style. Alright, not ‘any’ because they will look out of place in the office but once you shed an office suit, you can wear a biker ring with any outfit.

Besides stout appearance, biker rings are known for fancy, sometimes peculiar, symbolism. Among the most popular motifs are Indians, Aztecs, and attributes associated with Indians (feathers, Mohawks, axes, etc.). These designs refer to original Mexican rings that paid tribute to Mexican history.

Iron Crosses stand out among other biker symbols. It is funny how bikers adopted an attribute of the Third Reich while not being Nazi themselves (although there are black sheep among motorcyclists, too). In fact, bikers started wearing Iron Crosses in protest against ideas and processes going on in post-war America. Since the biker movement was originated by former soldiers, they wore these crosses as trophies obtained from defeated enemies. Today, bikers don’t put Iron Crosses on to manifest protest. They became an inherent attribute of motorcycle culture and you shouldn’t put any negative thought into Iron Cross jewelry.

Skull Cross is not the only cross bikers rock. You can often see other variations of crosses such as Latin, Maltese, Jerusalem, Celtic, Inverted Cross, Ankh, etc. Some bikers wear cross jewelry to emphasize that they are believers while others peruse an opposite goal – to mock the church and everything it stands for.

Bikers are not the only ones who flaunt skull jewelry but we owe its popularity to men on motorcycles. Riders believe that a skull ring (pendant, bracelet, or any other accessory) can protect against death. When death sees a skull mark on a person, she leaves him or her along. Having a skull amulet is a good idea considering how dangerous motorcycle riding can be.

So you already know that biker rings, although not ancient, can boast a pretty interesting history. Whether you hunt down the ancestors of modern biker items, Mexican rings, or you are partial to contemporary designs, you can be sure that your jewelry will strike the right note. Experiment with your style, combine various models, and add more biker rings to your collection because they are totally worth praise and admiration.