A fake news of the very famous former indian cricketer Farokh Engineer’s death was doing rounds on the social media and a lot of people messaged and tried to confirm the news.

It is very obvious that he denied the hoax created about his death on social media, and guess what Rishi Kapoor tweeted a ‘condolences’ to Engineer’s family on Twitter.

Rishi Kapoor soon realised that it was a fake news and tweeted that he was flooded with false rumours.

Sorry to have sent a RIP to Mr. Faroukh Engineer. This was because I was flooded by this false rumour.My apologies to the family and friends

“Dear friends, this news doing the rounds of Farokh Engineer is a hoax. Farokh is fine. Please defuse all rumours on Farokh.”

Farook Engineer got to know about this fake news about his death doing rounds on social media and gave best reply to every one. 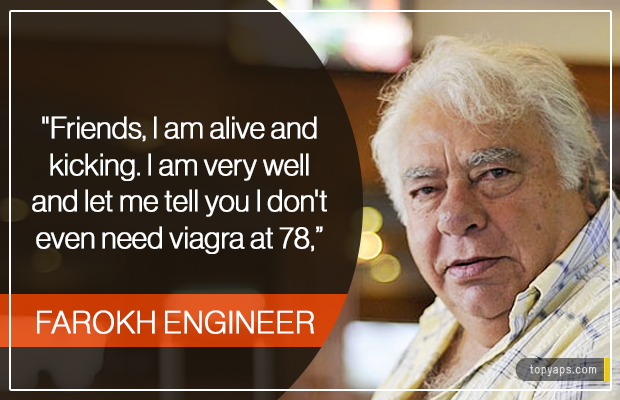