The Easter is celebrated as a resurrection or revival of Jesus Christ. Three days after Jesus Christ was crucified, an angel met Mary Magdalene and told her that Jesus Christ was going to make a come back. The tomb where Jesus was buried was empty and that day is celebrated as Easter. This incident happened in the year 33 A.D. Since then, Easter is celebrated for 40 days with festivities and feasting and falls between the months of March and April. There are many stories related to how Easter started. But the most common his about his resurrection from the third day of crucifixion. 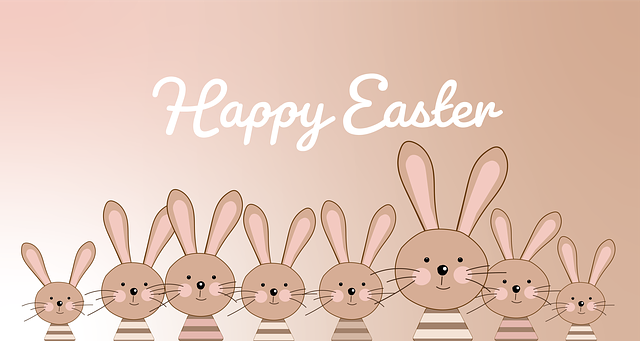 Nimrod was the grandson of Noah, a Roman ruler known for his cruelty. He was known for practicing demon worship and making human sacrifices. His wife gave birth to a son after his death and convinced people that their son was an egg fallen from heaven. She was later known as the Anglo-Saxon goddess, Ishtar. In her honour, in medieval times Easter was celebrated. Since then Easter is also celebrated after this goddess of fertility. There are numerous Easter customs followed in various parts of the world which are not similar to each other.

31 Facts about easter that will surprise you 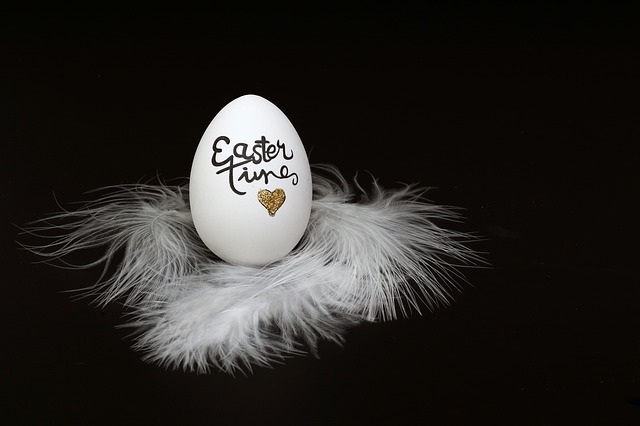 2) It usually falls in the month of spring

3) It is also celebrated to welcome new life, new beginnings, fertility, and revival of faith in god

6) During the communion, the wine denotes the blood of Jesus

7) Easter eggs are decorated because they symbolize new life

8) Since the ancient time across various Christian communities across the world, the tradition of exchanging Easter eggs has been followed

9) Every year The White House in the U.S holds the game of Easter egg hunt in its front lawn

11) In some European countries, Easter fires are burnt to symbolize fertility

13) Pysanka is a traditional art of painting Easter eggs

15) One an average 700 million marshmallow peeps are bought in the U.S every year on Easter

18) Florida organized the largest Easter hunt where more than 9000 children searched for more than 500,000 eggs

20) In the middle ages, the tradition of giving Easter bunny candies was started in Germany

22) During the period of Lent, Christian Catholics abstain from certain food and drinks and fast during these days

23) The Jews serve the lamb on the day of Easter

24) In the 16th century, the story of rabbit hiding eggs in the garden had started

25) Chickens and other animals are banned from being dyed for Easter in the U.S

26) In the ancient times Easter dyes were made from plants and vegetables like onions, flowers, the bark of the tree, etc.

27) An Easter basket may be filled with Easter eggs, candies, and jellybeans

29) The tradition of the Easter bunny started in the 18th century in the U.S

32) Most of the Easter candies are made in chocolate 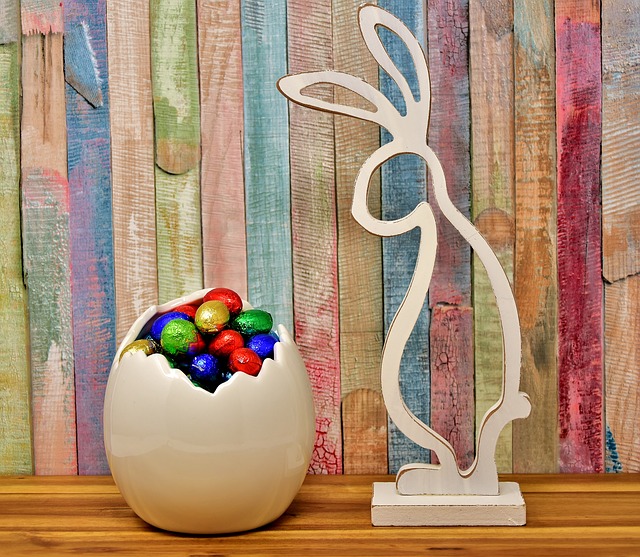 The dyeing of Easter eggs 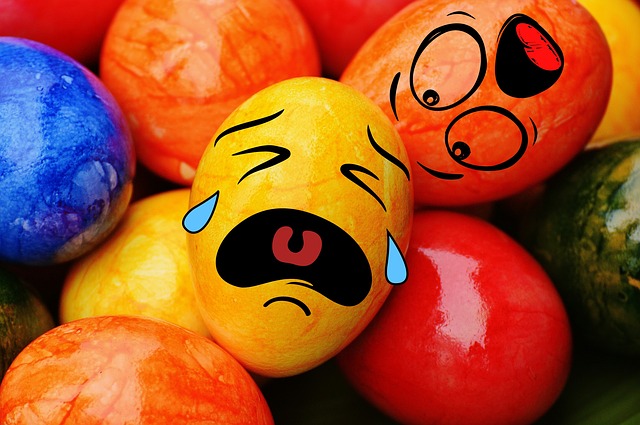 On this day all kinds of eggs are decorated. Easter is a season of spring and new beginnings and an egg represents fertility. There is a story behind why Easter eggs are decorated. As per the legend, on the day of Crucifixion Mary Magdalene had bought eggs to the crucifixion and the blood of Jesus fell on the eggs. A few Christians paint their eggs red to symbolize the blood of Jesus. As per another legend, Mary Magdalene had brought the hard-boiled eggs to the tomb of Jesus on the day of resurrection. It is said that the eggs had turned red when the tomb was found empty. 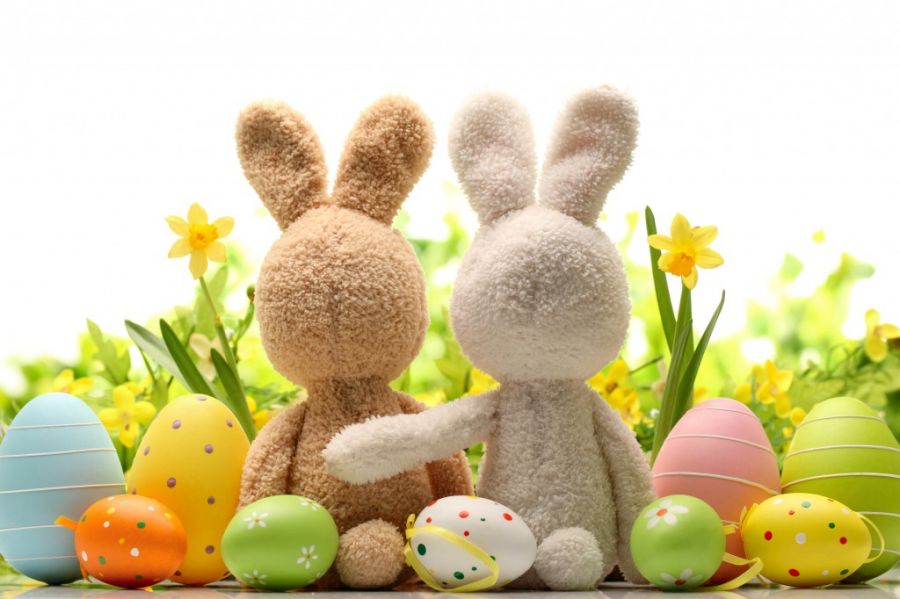 The Easter baskets are decorated with faux grass and decorated eggs, peeps, chocolate bunnies, dyed or hard-boiled eggs, toys, games, cards, and many other knick-knacks that the kids love. This is an interesting tradition to decorate the Easter basket with various goodies.

The hot cross buns are traditional treats on Easter. Bake them at home as well as bake a cake that sends across sweetness of festivities and holidays. This tradition of baking hot cross buns started in the 12th century.

There is a tradition of attending Easter parades wearing bonnets and new clothes as it is said to bring good luck. You can attend these parades and deck yourself in new clothes as it means renewal and revival. Wear fancy clothes and look your best for these festive parades.

Go to Church at the sunrise

Since Jesus’s tomb was found empty on sunrise, many churches organize sunrise services. This event was started in the 17th century in Germany. This is an early morning ceremony where the congregation is held. Many churches across the U.S organize this service.

It is said that it is a pagan tradition to eat the ham on Easter. This tradition of eating ham on Easter dates back to the 6th century. Before the ham tradition started, pork was used on the day of Easter to dine with the family. 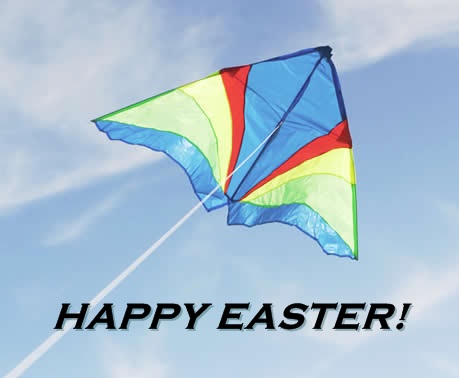 Flying kites is associated with how Jesus ascended from heaven to Earth. On Good Friday many children fly kites as a pastime and it is also a tradition to do so on this day. Hundreds of kites fill the sky on this day.

This is a fun game and a tradition that started many centuries ago. Locals and families throw eggs at each other on Easter Sunday. This tradition had started in Europe in the medieval period and spread across various Christian countries over a period of time.

This is a tradition that started in Germany where the public wells are decorated with Easter egg themed decorations and a lot of faux greenery. In a few German villages Easter as well as water is celebrated and honored as a gift of life and a new beginning. All the fountains are also decorated with fancy decor items.

Since the pre-Christian era, the Easter egg hunt has been popularised. Children have fun finding the hidden Easter eggs which are either hard boiled or decorated with paints and dyes. People put pretzels, small candies, gifts, figurines, and other small items inside the plastic Easter egg that children love to hunt and treat themselves with.

The Explosion of the cart in Florence

In Florence, there is a tradition called the Scoppio del Carro that is celebrated for 350 years. A large cart that is decorated with many items is brought to the public street and has fireworks in them and exploded outside the famous monument in Florence, the Duomo. A mass is conducted after the Archbishop lights the candle.

On the day of Easter, the children dress up as witches and beg for chocolates on the streets. They tie scarves around their heads and carry feathered twigs. On the evening of Easter Sunday, bonfires are lit to ward off witches who are said to be present between Good Friday and the Easter Sunday. 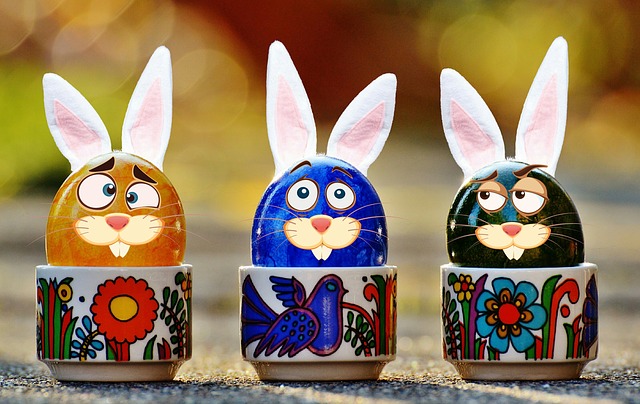 In Poland, it is a tradition of throwing water at each other on the day of Easter Monday. Boys throw buckets of water at others on this day as a part of the tradition. As per the legend in Poland, girls who get soaked in this water get married soon.