The most revolutionary step in technology was the invention of Bluetooth, It has enhanced the utility of mobile phones and it has become a cakewalk for everyone if you want to send a file from one phone to another. Entirely a new meaning to wireless communication was give after the arrival of Bluetooth, But do you know how was bluetooth named ? and why is it called bluetooth ? There is a very interesting story behind this .

Well no one would have ever imagined but, Medieval king’s name was Bluetooth and there is a very interesting reason why this amazing technology is named after him. 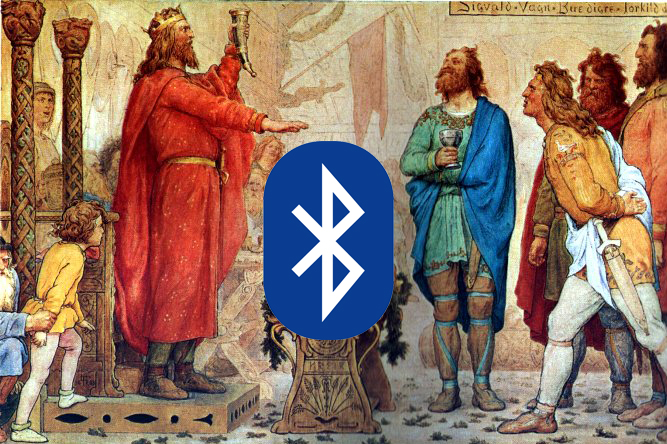 Harald Gormsson was a king of Norway and Denmark. He has been appreciated and credited for developing the very first bridge in southern Scandinavia. A 760 meters long and 5 meters wide, it was a very huge bridge at that time. During the Viking era it was one of the longest bridge.

Like many other medieval rulers king Harald was also given a nick name :- Blátǫnn in Old Norse (a member of the Germanic family of languages) or Blåtand in Danish. It means Bluetooth.  Well many scholars believe that King Harald was given the nickname Bluetooth because he had a conspicuous dead tooth that literally looked black and blue and that actually makes sense.

King Harald had bridged the  gap between Heathens and  Christians. And this amazing wireless technology is named after king Harald Gormsson and Bluetooth can bridge a gab between people. It actually allows two mobile phones to connect to each other and transfer data. One of the very interesting face is that Bluetooth logo is made up of Harald’s Nordic runes initials. Check out the image below which shows hoe bluetooth logo has evolved. 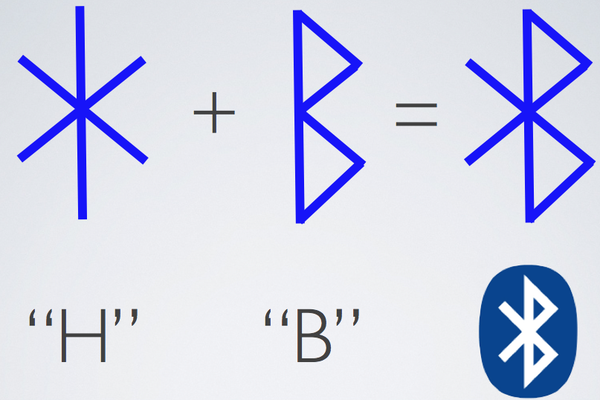