26/11 Mumbai terror attack on 26th November 2008 is a day which we can’t forget. 10 terrorist from Pakistan entered into Mumbai through Arabian Sea at night and made Mumbai hostile for almost Three days. Over 300 people died on that day. 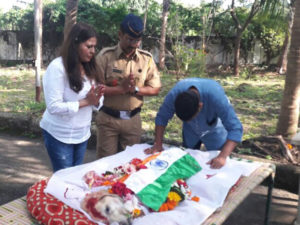 There were many hero who did something brave on that day. Very few people recognize and admire the work of dogs during that time. With the help of Mumbai police saved many lives by detecting he sniffed out two hand grenades left by the terrorists at the busy CST railway station. Caesar was also a part of search team at Nariman House, where terrorists were holed up for three days.
Caesar died on Thursday due to heart attack as per initial information coming from Mumbai police. Caesar was a sole survivor among his team of Mumbai police which helped Mumbai during 26/11 attack. He was 11 year old and was retired from his service 1 year back. After retirement he along with his three canine buddies had been sent to farm in virar where he took his last breath.
He will be remembered for his contribution to Mumbai police. It is a emotional moment for police personnel who trained him and worked with him – MUMBAI POLICE 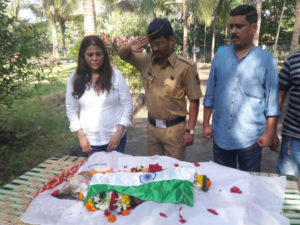 Sunil Shetty also tweeted fot this Mumbai Hero – This rockstar had detected grenade at CST station during 26/11. A life lived well…
We salute to this brave dog