Surat, earlier known as Suryapur is an ancient city of India. It has been important economic hub since that ancient time as it was a port. And following the same tradition, Surat has become an equally important city in the present time too. This article is An Open Letter to People Who Still Think that Surat is a Small City so that they can clear their doubts. And appreciate the glory of Surat.

With so many industries around, there is so much money in Surat. Making it the Economic Capital of Gujarat. Their GDP is estimated to touch $57 Billion by the year 2020.

As per the survey conducted by City Mayors Foundation, which is an international think tank on Urban Affairs. Surat is the Fourth Fastest Growing City of the World.

According to the Census of 2011 done by Ministry of Home Affairs, Government of India Surat is the Eighth Largest City of India.

5. First Smart IT City of India

There are many Small and Medium IT Industries in Surat. Apart from that, there are large IT Corporates too such as TCS, IBM, HCL, Wipro etc. Apart from that, The first smart IT city in India is being constituted by the Microsoft City Next Initiative in Surat. 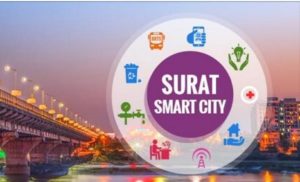 Surat is in the list of Cities to be developed as Smart City under an initiative carried out by Government of India.

7. 90% of the World’s Total Diamond Polishing Takes Place in Surat 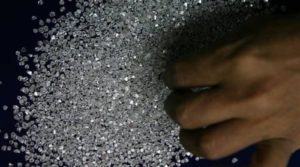 It began in the 1970’s when Surat first exported Diamonds to the US. Now Surat incorporates over 90% of the World’s Total Diamond Polishing.

Surat is a Small City, Really? It is a textile hub of India, known for the production of Silk. Surat is the Silk City of India.

9. Surat is also a Home for Many Corporate Industries

Do you still think Surat is a Small City? Think again!