by Anupam Chaturvedi 3 years ago3 years ago
8.9kviews
97

Traveling through trains is one of the best experiences! Many of us travel through trains. Trains
are the lifeline of our country. It is noteworthy that Indian Railways is one of the oldest railway
operating organizations in the world having a lot of accolades on its name. With the construction
of the Bilaspur-Manali-Leh Railway Line, Indian railways are set to register another benchmark
as Highest Rail Line in the World. Leh Ladakh is a must-visit place if you are in love with hills and tourist attraction is going to get a big boost after the railway line is created.

Things you must know about Bilaspur-Manali-Leh Railway Line 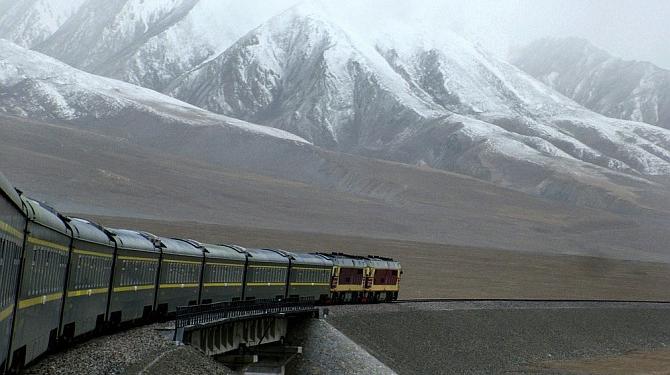 Here we are noting down some of the facts, you must know about the Leh Railway Line.

For the construction of this 465 km long railway line, the government has invested such a
whopping amount. Once constructed, it will facilitate all-weather connectivity of Leh to Delhi and
reduce the travel time to 20 hours from the present 40 Hours.

Out of the entire 465 km, almost 52% will be passing through the tunnels, major as well as
minor bridges. We will also have India’s First Railway Station inside a tunnel i.e. Keylong
Railway Station, Himachal Pradesh.

This railway line will also have a railway station at a peak of 5359 Meters above sea level.

4) It will have Pressurised Coaches as that of Aircrafts

To ensure that the passengers don’t have breathing problems, railways will use pressurized
coaches to maintain proper oxygen levels.

And the trains will be running at 75 km/hour speed, which is significant at such altitude.
It is supposed to be launch in 2022! We are eagerly waiting to travel and enjoy the beauty of India.

After the completion of the Leh railway line, you must go for Chaddar track as it will soon become history in the coming years due to melting ice. so it is now the correct time to visit the amazing treck and have once in a lifetime experience.