As we know that Lucknow is the capital city of Uttar Pradesh. The city is flourished with North-Indian culture and an artist hub. Lucknow is not only well known for it’s Nawabi style food, but Nawabi culture as well. Lucknow is a place with a vast and rich history. Today we have 7 Facts About Lucknow That Will Surprise You and we bet You will be amazed by the facts in this article, especially the 6th one!

If you’ve lived in this city or were born and raised in this city, then you will surely feel proud to be a citizen of this place. Here are some lesser known facts about Lucknow City.

The Gomti Chakra found in Gomti River in  Lucknow is believed to be holy by the Hindus. It is known to give protection to children. The Chakra was used as Jewelry by Celts and Greeks in ancient times. The River is known to wash away one’s sins. 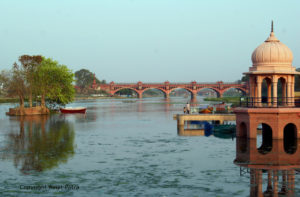 1) The city has the lowest percentage of forest. 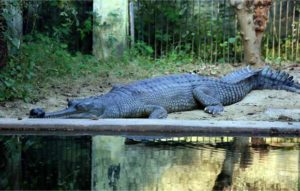 2) The world’s biggest modern Police Emergency Response System is getting built up:

The city’s Modern Police Control Room is our country’s biggest ‘Dial 100’ service centre with more than 280 communication officers to receive distress calls from all over the state and 200 dispatch officers to rush for police help. It is known as India’s most hi-tech police control room. An Integrated ‘Dial 100’ Control Room building is also under construction which when completed will be the world’s biggest modern Police Emergency Response System. 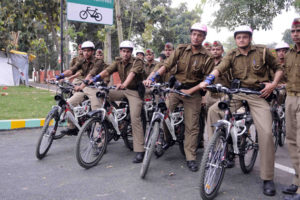 3) Lucknow’s culture emerges from the Nawabs:

The Mughal Emperors in the 18th century appointed the Nawabs for the handling of Awadh. The Nawabs took keen interest in everything and since the Lakhnavis have been rich in such traditions and cultures. After that Lucknow had flourished in artistic areas such as poetry, dance and music. This was the golden period of Lucknow city back then. 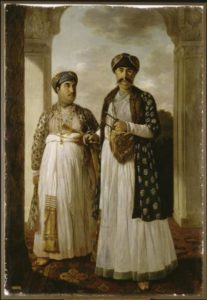 4) Bara Imambara is the largest hall in Asia:

The construction of Bara Imambara in the year 1785 was with the sole purpose of providing employment during the devastating famine in the region while the famine lasted. The work included building up the hall by the ordinary people during the day and breaking down anything raised that day during night by the noble people. The construction gave employment to all saving themselves from the famine. The construction was completed in the year 1791. It is also the largest hall in Asia without any external support from wood, iron or stone beams.

5) La Martinière College is the only in the world to receive a Battle honor:

The awards were notified to the principal on 5 February 1861 by a letter from the chief commissioner of Oudh. However, it was not until 1932, that the British Government recognized Martinière’s role in 1857. The school was granted the right, to carry a British Army regimental-style flag bearing its own coat of arms with a picture of the Residency and the words “Defence of Lucknow, 1857”. It thus became the only school in the world to be awarded a British battle honour. 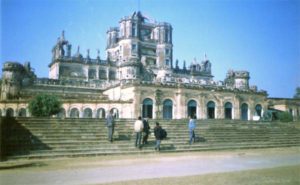