A trip to Las Vegas was on my bucket list. And it was one of the easier items to cross off. There is plenty of information available about Las Vegas. So I made my plans and picked a long weekend to spend the three most indulgent days and nights of my life in Sin City. I usually play casino slots from home, lounging around on my couch. It was Time to get off the couch and head to Vegas, baby!

The Strip is the place to stay when you are in Vegas. I zoomed in on Caesars Palace. It is one of the oldest and the biggest hotels and I have a thing about ancient history. The architectural façade is imposing and awesome, but the rooms are simple and functional. Some of the other hotels that I had considered were Bellagio and The Venetian.

After a gorging breakfast at the Bacchanal Buffet, I headed to Downtown Vegas, where it all began.

Las Vegas mushroomed as a township for the male workers constructing the Hoover Dam. Mafia crime lords moved in to provide gambling, alcohol, and girlie entertainment for the men. This is one reason why Las Vegas is known as Sin City. The Mob Museum (officially the National Museum of Organised Crime and Law Enforcement) on Stewart Avenue showcases this and the history of organized crime in the United States. For the next two hours, I was up close with the most noted mobsters like Al Capone and Lucky Luciano, who were only named till then. 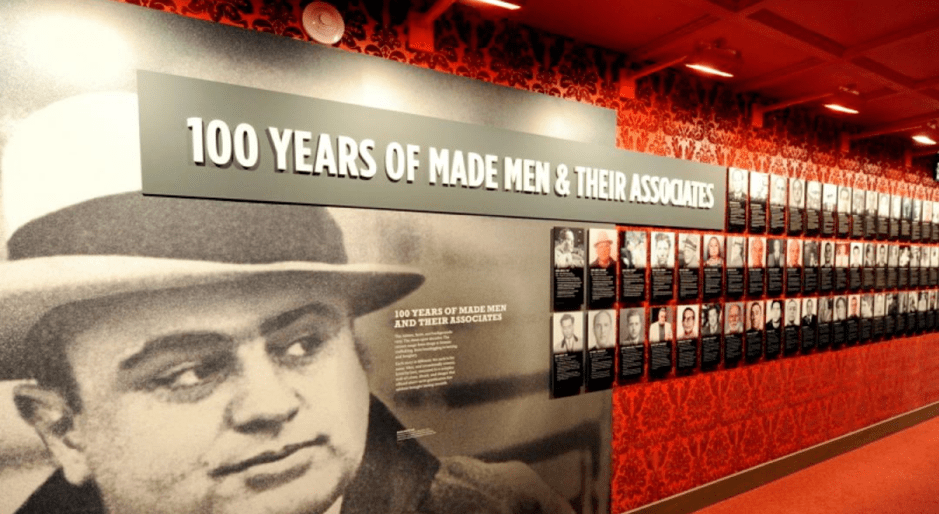 So many made men, who’s in charge now?

Close by on North Boulevard is the Neon Museum. An hour-long guided tour across the two-acre campus features more than 200 neon signs typical of Vegas. These include some famous restored signs including the Hacienda Horse and Rider and Binion’s Horseshoe. 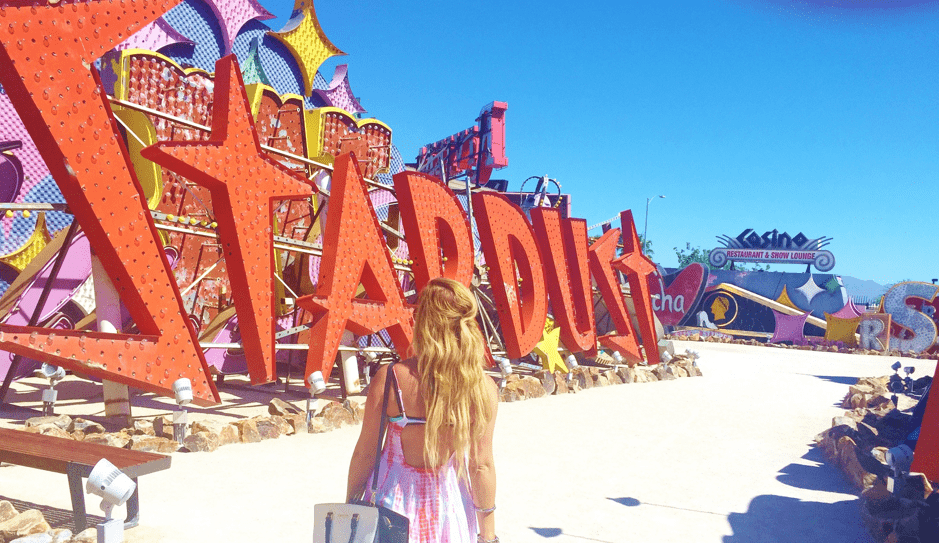 Where great signs go to die

Casino gambling in Las Vegas did not begin on The Strip. The first licensed casinos were located on Fremont Street. The most enduring one was Binion’s Horseshoe Casino, now known as Binion’s Gambling Hall.

I was famished and went straight to Binion’s Steakhouse. The beef steak was recommended and it was delicious. Then it was time to open a gambling account. The blackjack tables with dealers dressed like cowgirls were enticing and so I lost a bit of money just to savor the environment.

After a power nap and a shower, I was ready for my first night in Vegas. The Caesars Palace slot arcade took my breath away. I tinkered with the Las Vegas-style video slots for a while losing money. Then I bet on some of my lucky numbers in roulette and recovered my slot machine losses.

The Cocktail Cabaret revue was well worth the price. This stylish, intimate musical cabaret, which plays in Cleopatra’s Barge, is reminiscent of vintage Vegas.

A trip to the Grand Canyon is an integral part of any Vegas holiday. I splurged on a half-day helicopter package. The group was taken to Boulder City by road, a picturesque drive of 35 minutes. Then came the mind-blowing 70 minutes helicopter ride. The aerial view of Hoover Dam was spectacular. But even more exhilarating was the 30 miles flight along the Grand Canyon. In less than an hour, we passed through millions of years of geological time. The majestic rugged beauty of the Grand Canyon with its brilliant palette of colors will remain stamped in my memory forever.

Fashion Show on The Strip is a great place for casual eating with plenty of choices. The Japanese lunch at the RA Sushi Bar was lip-smacking. Fortified, I was ready to check out the other casino resorts in Las Vegas.

Moving down The Strip, the first stop was at The Venetian. Its shopping arcade is a miniature Venice and the hotel offers the experience of gondola rides as well. Next to the hotel is Madame Tussaud’s. The life-like waxworks are mainly of Vegas luminaries. The pride of place belongs to Elvis.

At the Mirage I waited for its famous volcano to erupt and then went to the Secret Garden for a look at the rare white lions and trained dolphins. Tired feet need rest and there is no better place than the sidewalk next to Bellagio. The dancing fountains performing a beautiful display of water set to music is truly a soulful experience. The last stop was Mandala Bay and its Shark Reef Aquarium.

Cirque du Soleil is one of the biggest entertainment companies in the world. It hosts a number of different shows in the leading Las Vegas hotels. Visitors can check out the schedule on the website. You need to book in advance in order to avoid disappointment. I enjoyed The Beatles Love, which is a psychedelic journey through the trends and politics of the 1960s at the Mirage.

Dinner was at the Osteria Costa in the Mirage. The cuisine was Italian. After playing at the Mirage casino, the second night in Vegas came to an end.

Hard Rock Café is a relatively new addition to Las Vegas. The evening shows are more popular, but I wanted to try something different. So I landed at Hard Rock Café at 8.30 AM for the Acoustic Breakfast. Along with some great breakfast options served with bottomless Bloody Marys, you get Nick. Nick regaled the audience for the next three hours with his own powerful fusion songs based on the greats from the past 30 years.

It was my last day in Vegas and there were still items to cross off my checklist.

A famous Las Vegas casino away from The Strip is Rio All Suites. From the gambling perspective, it is the home to the biggest poker tournament in the world, the World Series of Poker. But I went there to see the Chippendales show. The male strip group exudes 75 minutes of pure energy through an unforgettable multimedia experience. Having reached early, I chilled with a cocktail at the Flirt Lounge.

It was dark and the perfect time to take a ride on the 550 feet High Roller Ferris Wheel at the Linq Promenade. From the top, you get the best view of The Strip at night. I identified all the casinos I had visited. The best sight was the lit-up pyramid of the Luxor.

I still had money left over from my budget. Till the wee hours of the morning, I played at the Caesars Palace casino. I’m done, need a break, but wanna try my luck one more time. Outcomes my laptop, here I go.

History notwithstanding, Las Vegas is known as Sin City because it offers every indulgence without guilt.