Anurag Thakur has been elected as the new BCCI president replacing Shashank Manohar during the Board’s Special General Meeting (SGM). Shashank Manohar has stepped down from the post because he has been become the ICC chief . 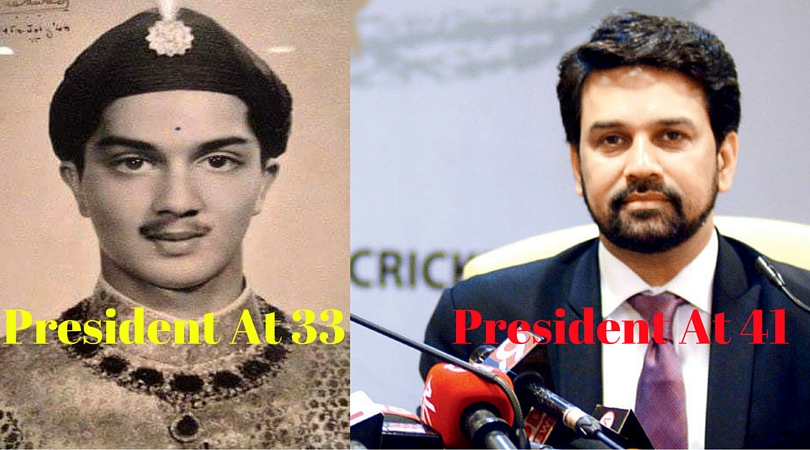 “Anurag Thakur is the youngest BCCI president” is going viral on the internet since the day he was appointed for his new role in BCCI .

At 41 @ianuragthakur is 2nd youngest BCCI prez ever (after Fatehsingh Rao Gaekwad at 33). BCCI can do with energy & freshness. Best of luck!

Gaekwad was a right had batsman who played Ranji Trophy for Baroda from 1946 and 1958 and has scored his highest score of 99 runs in his very first season. Gaekwad was also a very expert commentator on radio and was made life member by the MCC.