Mumbai was flooded with water due to heavy rains and almost everyone was stuck and were not able to move out. Priyam Mainthia a 29-year-old lawyer was found dead inside his car after he was locked out and trapped in the car. His care automatically got locked and he was unable to rescue himself. 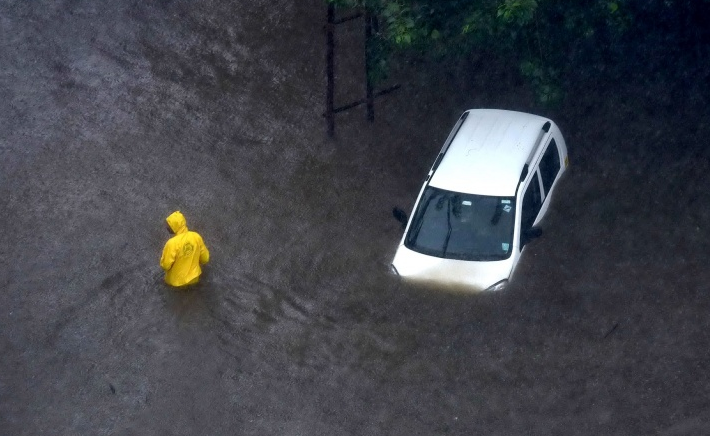 Priyam Mithia is a resident of Sion and he lived there along with his family at Highway Apartment near Sion Circle. Even though doctors have not officially given any reason behind the death of Priyam, it is said that he died due to the locked out doors of his car.

“In the morning we found a Santro car parked in the middle of the road towards Shanmukhananda Hall. We found a man inside. We opened the car and rushed the man to Sion hospital. He was declared dead on arrival,” said Mrudula Lad, senior police inspector of Sion police station.

It is believed that Priyam had gone out to help his friends who were stuck in the rains. He stepped out of his house at 11:30 and told his father that he would be back in some time. He did not return till late night so his father tried calling him but he did not answer. It was around 1 am that his friends started searching for him, Around 8:30 in the morning some people spotted a Santro car in which Priyam was unconscious and reported about it to the Sion police station.

Police said that the doors and window of his car were jammed due to water and heavy rain. The exact reason for the death of Priyam will be known only after the post mortem reports come.